More than ten million people in the Deep South are at risk for severe storms sweeping through Wednesday into early Thursday. 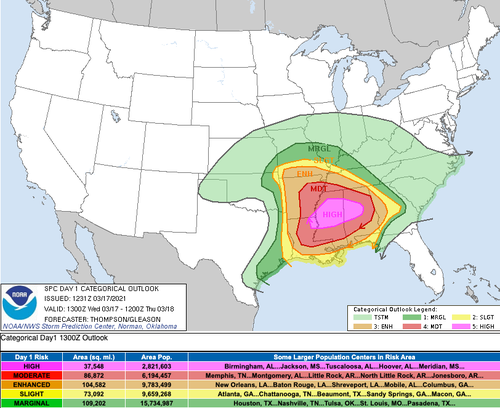 Tornado watches have been issued for western Arkansas, northern Mississippi, and southern Tennessee, including Memphis; Pine Bluff, Arkansas; and Oxford and Tupelo, Mississippi. In those areas, damaging winds of up to 70 mph and large hail could be seen by afternoon.

“More than 11 million people in that region are at a higher risk Wednesday for strong, long-track tornadoes that can stay on the ground longer than the typical few minutes,” CNN meteorologist Michael Guy said.

Forecast show today’s events will be widespread that will continue through late Wednesday night into early Thursday morning. 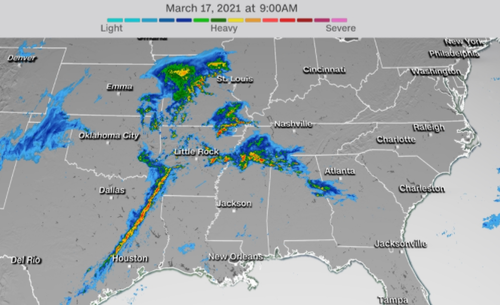 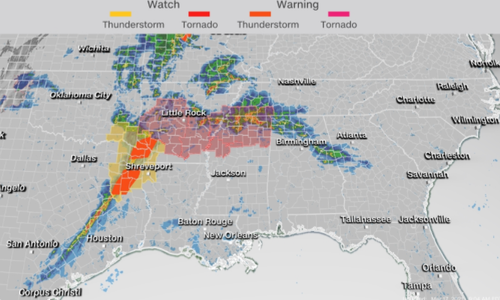 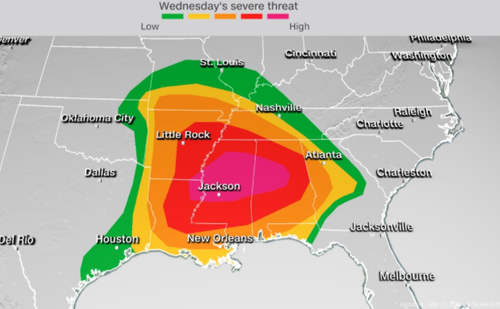 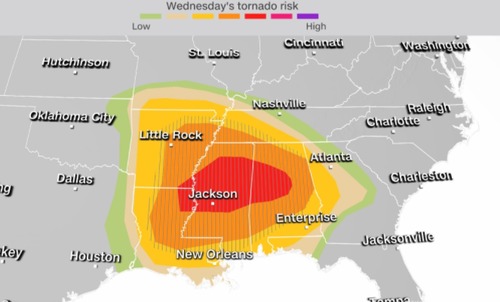 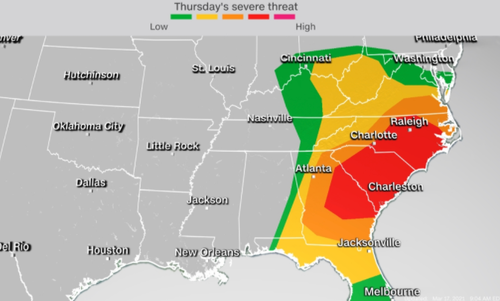 The saying about March appears to be true so far: “In like a lion, it will go out like a lamb.”

None of this is surprising for meteorologists because of the ongoing La Niña event present in the tropical Pacific Ocean, which is typically associated with severe weather for parts of the US.

As tornadoes become more common in March, last weekend’s historic snowfall in Denver, polar vortex split that chilled Texas and nearly collapsed its energy grid the previous month, and one of the worst fire seasons last year for the West Coast – it appears La Niña is wreaking havoc on the country.