More than 100 hundred inmates overpowered correction officers at the City Justice Center in downtown St. Louis early Saturday morning. They gained control of one section of the jail for hours.

About 115 detainees commandeered the fourth floor of the jail around 0230 ET, sparking fires, smashing windows, clogging toilets, and flooding floors, according to the St. Louis Post-Dispatch. It was the third disturbance at the prison in recent months.

Law enforcement officers regained control of the jail around 1030 ET, Jacob Long, spokesman for Mayor Lyda Krewson, told the St. Louis Post-Dispatch, adding that all inmates are back in custody.

Jimmie Edwards, the city’s Department of Public Safety director, told reporters that one corrections office was injured and taken to a local hospital after a melee with inmates.

Edwards said there’s been an ongoing issue with the prison’s locks. Though he didn’t mention if the faulty locks were the trigger of today’s chaos.

Long said 115 detainees on the fourth-floor set fires, smashed windows, flooded floors, and clogged toilets. Around 0630 ET, inmates shattered windows to the building’s exterior – many of them could be seen with orange and yellow jumpsuits holding signs. 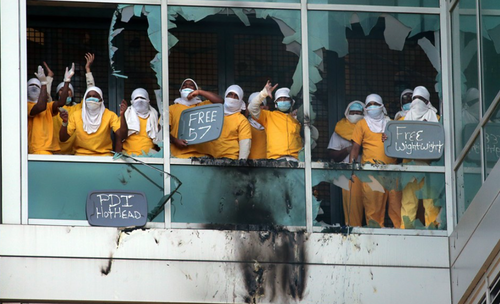 More scenes of the chaos. 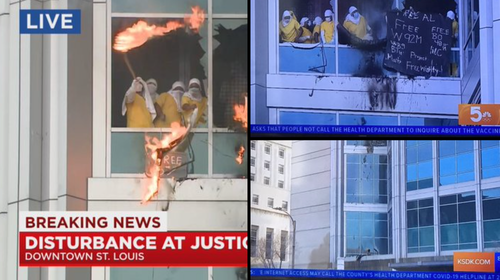 Doyle Murphy, an editor of local newspaper Riverfront Times, captured video of the prisoners throwing items out broken windows in front of the jail. He said, “Inmates at St. Louis Justice Center have taken over at least part of the jail. There have been protests over COVID-19 dangers inside. Not sure if this is part of that.”

Inmates at St. Louis Justice Center have taken over at least part of the jail. There have been protests over COVID-19 dangers inside. Not sure if this is part of that. pic.twitter.com/roSCtkIHSK

Long said the situation was a “very dangerous disturbance” but has since been resolved. At the time of the riot, there were 633 people in custody at the jail.

The Marshall Project examines COVID-19 infections in state and federal prisons in a separate report. Between Nov. 10 and Dec. 22, there was a noticeable rise in infections at jails. 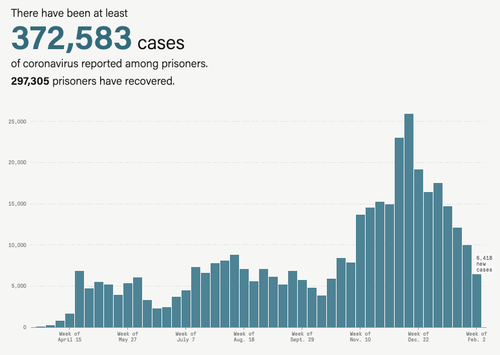 This is the third riot at the facility in a matter of months as inmates “had expressed concern about unsafe conditions amid the coronavirus pandemic,” said St. Louis Post-Dispatch.

Biden’s ‘Day One’ Promises Could Take Months To Fulfill