16 States Are Now Following The Science

Authored by Jordan Schachtel via The American Institute for Economic Research,

It took an entire year, but lockdowns and mask mandates are officially incredibly unpopular with half of the country, to the point that governors are rapidly making sweeping changes to their year-long COVID-19 policies. 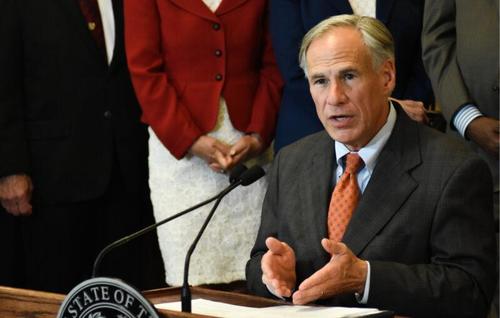 Jumping onto the coattails of pro-individual freedom leaders like governors Ron DeSantis (R-Florida) and Kristi Noem (R-SD), the governors of Mississippi and Texas decided Tuesday to announce an end to business restrictions and statewide mask mandates.

Both Tate Reeves (R-MS) and Greg Abbott (R-TX), who had long taken a nanny state approach to the COVID-19 crisis, acted almost simultaneously to announce the end of statewide restrictions.

Starting tomorrow, we are lifting all of our county mask mandates and businesses will be able to operate at full capacity without any state-imposed rules. Our hospitalizations and case numbers have plummeted, and the vaccine is being rapidly distributed. It is time!

The centrally planned solutions to COVID-19 have failed spectacularly, and the American people have taken notice of this reality. Hundreds of millions have now been through a full year of government-imposed tyranny on both a federal and state level. Whether it was a travel ban, an endless series of lockdowns, mask mandates, countless emergency orders, business closures, and the like, not a single top-down order from the federal or state level did anything productive for the wellbeing of Americans.

None of it worked. All of it served as a net negative. The people have noticed.

Now that their constituents have had enough, politicians on the Right are fast departing from the COVID tyranny, and attempting to secure what is left of their political aspirations.

Abbott and Reeves are not the only GOP governors moving fast in ending the restrictions, several other governors have recently acted to roll them back.

On February 22, North Dakota took it a step further. Its legislative body took the bold step in voting to make mask mandates illegal.

As of March 2, there are now 16 states that no longer have statewide mask orders.

However, across the political divide, there remains no end in sight to the corona madness. Much of the Left continues to embrace and root on endless COVID-19 restrictions, and the hijacking of individual rights in the name of a virus.

Governor Gavin Newsom of California took to Twitter in describing the end of restrictions as “absolutely reckless.”

It took long enough, but it’s now official: Governors who continue to impose lockdowns and mask mandates are fast becoming as popular as Red Sox fans in the Yankee Stadium bleachers, at least in half of the country. The internal polling is out, and the draconian restrictions are being abandoned in droves. History will not be kind to the remaining high-handed holdouts.