Despite reporting a median worker pay of $258,708, one of the highest such numbers in the world, and more than 2x the average median pay reported by many of its biggest Silicon Valley rivals, Alphabet has long been a locus of workplace organizing in Silicon Valley, as Google’s ultra-progressive employees seek to impose their political worldview not only on their fellow employees, but on management as well. 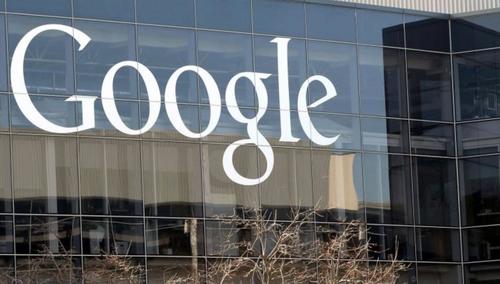 In recent years, employee revolts at Alphabet have resulted in the firing or dismissal of employees who dared speak up in support of a conservative, or libertarian, ideology while scuttling lucrative contracts with both the DoD and the PRC (even after Google’s sanctimonious exit from the mainland over its refusal to kowtow to the CCP).

Now, after Alphabet’s refusal to kowtow to employees’ political whims resulted in a National Labor Relations Board complaint filed against the company late last year, some 230 Google workers have voted to unionize, creating what’s effectively the first union for Silicon Valley tech workers.

There were no picket lines, and no demands for better pay (or more time off) during this labor battle. Instead, many are joining the union to ensure that Alphabet’s “values” will reflect their values – that is to say, workers are trying to dictate the entities with which Alphabet can and cannot do business, for purely political reasons. Bloomberg noted that the success of Alphabets’ workers could inspire more tech workers to rise up and unionize in Silicon Valley, where companies have largely avoided unionization drivers with generous compensation, even for “contractors” who typically don’t receive the high pay and benefits enjoyed by salaried workers.

The Alphabet Workers Union said it will be open to all employees and contractors, regardless of their role or classification. It will collect dues, pay organizing staff and have an elected board of directors.

The unionizing effort, a rare campaign within a major U.S. technology company, is supported by the Communications Workers of America as part of a recent tech-focused initiative known as CODE-CWA. Googlers who join the Alphabet Workers Union will also be members of CWA Local 1400. The group, which represents more than 200 workers in the U.S., plans to take on issues including compensation, employee classification and the kinds of work Google engages in.

“We will hire skilled organizers to ensure all workers at Google know they can work with us if they actually want to see their company reflect their values,” Dylan Baker, a software engineer at Google, said in a statement.

Despite Alphabet’s progressive politics, the National Labor Relations Board filed a complaint against Google last month alleging the company violated labor law by spying on workers who organized protests against the company before firing them. The firings allegedly violated US labor laws by restricting the employees’ right to engage in collective action about issues in the workplace even if the workers do not belong to a union. Almost as controversially, Google made headlines a few weeks back by firing Timni Gebru, a prominent artificial intelligence researcher who slammed Google for its “lack of progress in hiring women and minorities” as well as for building in biases to its AI technology that made it “racist.”

Notably, Google employees have taken an “unconventional” approach. Rather than holding an election with the NLRB, the Alphabet Workers Union was formed without federal ratification (a move that could limit the union’s heft and ability to collectively bargain on workers’ behalf). Members will belong to CWA Local 1400.

The fact that employees opted to forego federal ratification suggests that there isn’t much support for the union inside the company. Instead – as has long been the case – a handful of extremely vocal progressives are working to amplify their influence and credibility any way they can. To be sure, Alphabet management has already recognized the union.

“We’ve always worked hard to create a supportive and rewarding workplace for our workforce,” said Google’s director of people operations Kara Silverstein in a statement. “Of course our employees have protected labor rights that we support. But as we’ve always done, we’ll continue engaging directly with all our employees.”

At least at the beginning, members are committing to pay some pretty hefty dues equivalent to 1% of their total compensation packages (for some, this could amount to thousands of dollars a year) to help finance the hiring of organizing staff and pay for other resources. According to Nicki Anselmo, the union will help workers ensure that projects like “Project Maven” (a Google AI contract with the Pentagon) will be banned, along with golden parachutes for executives accused of sexual improprieties.

Looking ahead, analysts will be watching to see how this impacts the effort to unionize Amazon warehouse workers, who receive lower pay and work in arguably less comfortable conditions than most of the members of the new Alphabet Workers Union. Back in November, the Retail, Wholesale and Department Store Union filed paperwork to represent front-line workers at an Amazon warehouse in Alabama. A vote among the 5K+ workers at the site is expected in the coming weeks. If it passes, the Alabama warehouse would become the first Amazon fulfillment center in the country to unionize.

Why Was Founder Of Far-Left BLM Group Filming Inside Capitol As Police Shot Protester?