It looks like 23andMe could soon become the latest big-name company to go public via SPAC, as the popular consumer-genetics firm announced plans to go public via a SPAC controlled by Virgin Galactic founder Sir Richard Branson. The deal is expected to have an enterprise value of $3.5BN. 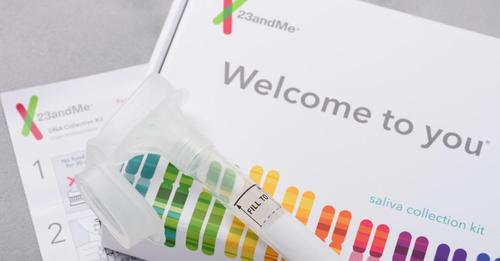 According to STAT News, the transaction with VG Acquisition will provide a burst of capital to 23andMe as it seeks to expand its business beyond direct-to-consumer genetic testing to develop novel therapeutics. As the company’s CEO Anne Wojcicki reminded viewers in an interview on CNBC Thursday, 23andMe recently struck a partnership with the drug giant GlaxoSmithKline to discover new drugs using data culled from millions of the company’s customers.

Though the company is already widely visible, the backing of Virgin Group founder Branson will give it a boost of billions in capital, along with the backing of a major investor to use on the marketing materials. The involvement of big-name investors like Branson associate Chamath Palihapitiya and hedge fund giant Bill Ackman has become a routine feature of these types of deal.

According to STAT, Branson and  Wojcicki (who also founded the company) will each invest $25MM in the vehicle formed to take the firm public (SPACs, or Special Purpose Acquisition Vehicles, are also sometimes referred to as reverse mergers). They will be joined by big-name investors like Fidelity Management and Altimeter Capital, along with a group of other backers, including Casdin Capital, and Foresite Capital.

STAT added that the transaction is expected to deliver up to $759MM of gross proceeds through the contribution of up to $509MM of cash held by VG Acquisition’s trust account and a $250MM private placement of stock, priced at $10/share. Current shareholders of 23andMe will own 81% of the combined company, whose cash balance will be more than $900MM at the deal’s closing. MarketWatch added that the deal has an enterprise value of about $3.5BN.

In the run-up to the deal, while 23andMe touts its partnership with GSK and potential revenue optimization strategies, will it also discuss its practice of handing genetic data of its customers over to use authorities?

Here’s some more on that:

In the past week, news has spread of a Florida judge’s decision to grant a warrant allowing police to search one of the world’s largest online DNA databases, for leads in a criminal case.

The warrant reportedly approved the search of open source genealogy database GEDMatch. An estimated 1.3 million users have uploaded their DNA data onto it, without knowing it would be accessible by law enforcement.

A decision of this kind raises concern and sets a new precedent for law enforcement’s access to online DNA databases. Should Australian users of online genealogy services be concerned?

It’s just something for the company’s customers to keep in mind, now that the precedent has apparently been set.