Authored by Sharyl Attkisson via SharylAttkisson.com,

Daily – if not hourly – for four years, the media, analysts, political figures, operatives, and ordinary folk spoke out against President Trump and what they believe President Trump has done wrong. In the eyes of many, it is quite literally: everything. 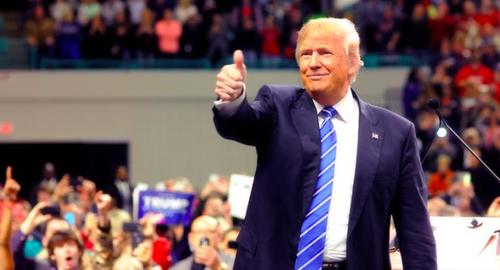 As Trump finishes his term in office, it’s easy to find negative, harsh assessments of virtually every facet of his policies and actions. The Atlantic, CNN and PBS are among those who have declared Trump to be the “worst president in history.” This side of the story has been well covered.

There are also lists of “how Trump could be prosecuted,” and nearly every media outlet has its own list of “Trump lies.” Click the links within this graph to read more about all of that.

As we know, roughly half of the country feels differently, but their voices are not as well-represented on the news and the Internet. Most media outlets cannot seem to bear to publish anything that is not one-sided and negative about Trump and his term. This begs for a bit of balance, even if it’s dwarfed by the counter-narrative.

Built after consulting a variety of experts on the economy, national security, foreign policy and domestic issues, here is a short list that reflects “the other side” of the Trump presidency; one that is not so easy to find within today’s managed information landscape.

1. Executive order enacted Jan. 1, 2021 requiring hospitals to provide medical prices to patients upfront so they can shop around.

2. Reversing the ascent of the Islamic extremist terrorist group ISIS.

3. “Most Favored Nation” executive order so that the U.S. (through Medicare) would pay no more for a drug than what’s offered to foreign countries, saving the U.S. an estimated “$85 billion in savings over seven years and $30 billion in out-of-pocket costs.”

4. Moving the U.S. embassy in Israel to the capital of Jerusalem.

5. Building more than 450 miles of new and replacement border wall.

6. Leading U.S. to a level of energy independence (exporting more oil than importing for the first time in 70 years), allowing international policy decisions to be made with less regard to how an oil nation we once relied on would respond.

8. Drastic reduction in regulations, opening the door for entrepreneurs and businesses to succeed, expand, and hire more people. According to the Trump administration, they promised to eliminate two regulations for every new one, but actually wound up eliminating 8 old regulations for every 1 new regulation adopted, equating into an extra $3,100 a year for the average American household.

9. Expanding Republican reach among African Americans and other constituents who traditionally lean Democrat.

10. Cutting taxes in an initiative that benefitted every tax bracket.

14. A series of trade agreements and changes seen as beneficial to Americans, including replacing NAFTA with USMCA.

15. Instead of 2-for-1, we eliminated 8 old regulations for every 1 new regulation adopted.

16. Provided the average American household an extra $3,100 every year.

19. Prioritized and made permanent funding for historically black colleges.

21. Banned the teaching of “Critical Race Theory” in the federal government.

23. Withdrew from the Paris Climate Accord.

25. Achieved a $400 billion increase in contributions by NATO allies by 2024 with the number of members meeting their minimum obligations doubling.

“No End In Sight”: Stellantis Is Latest Auto Company To Report Lost Production Due To Semi Shortage

The Extreme and Deadly Risks We Face Are Many, and of Our Own Making

Correlation Between Stocks And Bonds Hit The Highest Since 1999