A famous LA mansion called “The One” that originally had a planned list price of approximately $500 million in 2017 now faces the threat of default, according to LA Times.

Movie producer turned real estate developer (of course) Nile Niami is delinquent on an $82.5 million construction loan from Hankey Capital for the 100,000-square-foot mega-mansion in Bel-Air. In the last three years, the property’s debt has surged to as high as $110 million. 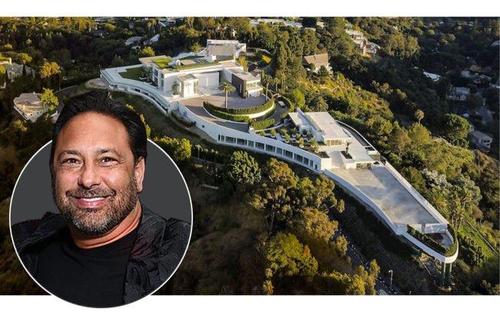 Niami has had some bad luck over the last year. He sold an LA mansion called “Opus” that was once listed for $100 million for a 50% haircut during the virus pandemic. Perhaps the developer has fallen on hard times, or the super-luxury real estate market has stalled. Whatever the issues are, and why Niami can’t service his debt on The One comes at a precarious time for the real estate market as interest rates have violently risen over the past few months.

According to a document obtained by The Times, Hankey, the lender, who is well aware of market conditions, wants their money back and recently slapped Niami with a default notice. The developer has just 90 days to repay the loan or restructure the agreement in some way so that Hankey doesn’t force the sale of the home.

“We felt the owner of ‘The One’ was distracted from the job at hand, which is to bring the biggest and best house in the United States to market for sale,” said Don Hankey, chairman of Hankey Investment Co.

“We hope our actions will kick off the official listing.”

Niami began constructing the 100,000-square-foot mega-mansion in 2013 as part of a speculative bet on the LA mansion market. But over the years, economic conditions have morphed from party to pandemic. Bets on housing in metro areas have gone sour in the recent year as people exit cities for rural communities.

“Default notices are nothing new for Niami,” said The Times. In 2020 alone, the developer received a default notice for $10 million on a property on 369 Londonderry Place in the Hollywood Hills, and one for a debt of $23.4 million on a mansion at 10701 Bellagio Road.

Maybe the speculative nature of Niami’s leveraged bets on the super-luxury real estate market is beginning to unravel.

Last summer, he posted a video on his Instagram account saying The One was a couple of months away from completion.

“Seven years ago, I had an idea to create the biggest, most expensive house in the urban world: The One Bel-Air. And I did it.” 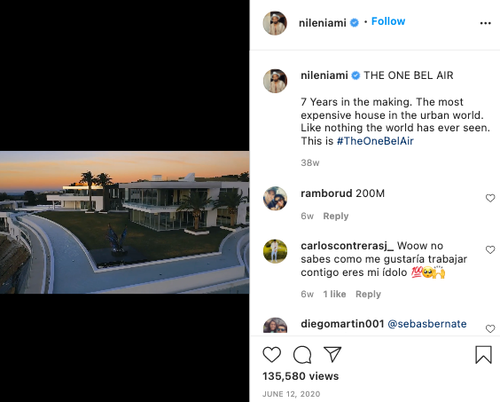 At the time, maybe Niami was attempting to appease Hankey in a sale of the property was nearing, but that never happened. Now the developer faces notice of default where the lender could force a sale in market conditions that may not be conducive for top dollar.