Following last night’s 17-4 vote that the benefits of the Pfizer/BioNTech vaccine outweigh the benefits, the “big, old, slow turtles” at The FDA have approved it for Emergency Use.

The decision comes after a tempestuous day during which WaPo reported that “sources” told them that White House Chief of Staff Mark Meadows demanded that FDA chief Stephen Hahn to clear the vaccine for EUA or hand in his resignation (which seems odd pressure given that a) Hahn will be gone shortly as Biden takes over and b) the election is over so Trump has no real need to care whether the vaccine is signed off today, tomorrow, or Monday).

NEWS, from @jdawsey1 @lauriemcginley2 –> Meadows tells FDA chief Stephen Hahn, the to resign if the agency doesn’t greenlight the Pfizer vaccine by the end of the day https://t.co/zL9XhyyWLm

Shortly after the story was denied…

UPDATE: “This is an untrue representation of the phone call with the CoS. The FDA was encouraged to continue working expeditiously on […] EUA request. FDA is committed to issuing this authorization quickly as we noted in our statement this morning” -Dr Hahn per @albamonica https://t.co/p9FXsGd6RF

So what happens next is all Americans are propagandized (we’re all in this together, be a patriot) or coerced (no travel or work without a vaccine) into taking the vaccine. 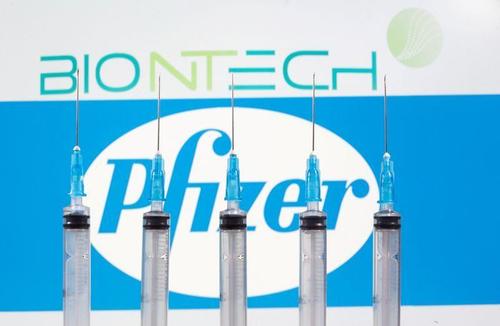 Of course, politics is likely to rear its ugly head as decision are made, state by state, on the logistics and ‘equitable’ distribution of the vaccines beyond the simple cohorts of most-at-risk and healthcare workers. As Phillip Giraldi noted:

There is a strong consensus that the first recipients of the vaccine must be health care workers, a group that has suffered disproportionately from the disease and which constitutes the first line of defense against its spread.

After that, however, there is little clarity.

Suggestions that elderly people, particularly in nursing homes, should be inoculated, have been countered by those who believe that a limited supply of vaccine should go primarily to people who would be able to go back to work.

And then there are the politicians in each jurisdiction, who oddly believe that their work is vital. They and their families will be lining up.

In short, who gets vaccinated will likely depend on the deals and arrangements that have been worked out, often at the state and local level in the United States, and at national government level in most other places.

Logically, the vaccine should go first to those who are most at risk for contracting the disease and dying from it, but logic likely will not prevail.

Generally speaking, it is expected that after health care workers and perhaps the vulnerable elderly, front line police and emergency services should be next in line due to their frequent contact with the possibly infected public, followed by workers in places like slaughterhouses where work conditions have created infection hot spots.

Next in line would logically be workers in shops or businesses where there is regular contact with the public, but as such employees are generally low wage they will likely be pushed to the back of the bus.

Inevitably, the claims that there is a racial angle to the disease will certainly surface in places like the New York Times, leading to demands to vaccinate minorities first.

This will surely be resisted. Given the political realities of the pandemic and the socio-economic engineering that will no doubt take place, the real excitement will likely begin when the vaccine actually begins to become available, probably just before Christmas!

In the meantime, as Dr. Fauci pronounced, “you can’t give [masks and social distancing] up completely until you get such a level of herd immunity that the virus has no place to go.”

As we detailed last night, after an unprecedentedly short period from inception to trial to results, Pfizer/BioNTech’s mRNA COVID vaccine has just been approved (after an all-day meeting) by the Food and Drug Administration Advisory panel for emergency use in the US.

This was the question to be voted on…

Notably there was a lot of argument about removing the 16 years or older segment of the question.

These were the voters: 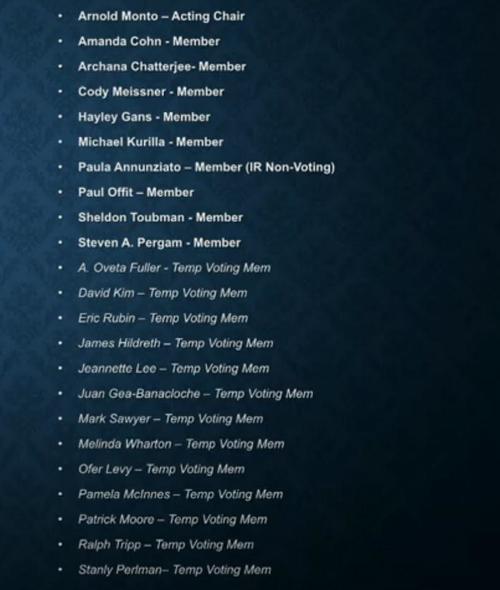 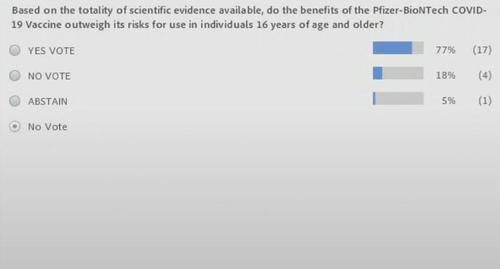 This follows approvals by UK and Canada, but several populations were excluded from the trials – meaning the vaccine isn’t known to be safe for all Americans just yet…

“There are currently insufficient data to make conclusions about the safety of the vaccine in subpopulations such as children less than 16 years of age, pregnant and lactating individuals, and immunocompromised individuals,” a recent FDA review concluded.

As NIAID director Anthony Fauci tells Axios, “once 75%–80% of people get vaccinated against the coronavirus, there should be strong enough herd immunity that we can return to normal activities.” 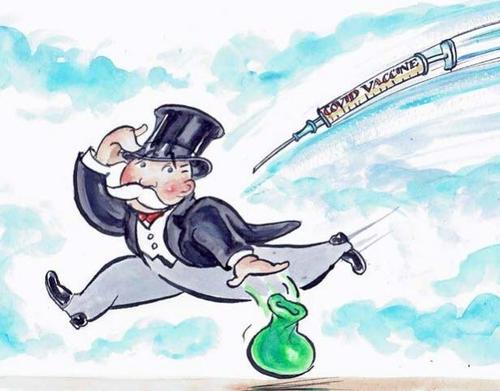