A Pandemic Of ‘Russian Hacking’

Authored by Ray McGovern and Joe Lauria via ConsortiumNews.com,

The hyperbolic, evidence-free media reports on the “fresh outbreak” of the Russian-hacking disease seems an obvious attempt by intelligence to handcuff President-elect Joe Biden into a strong anti-Russian posture as he prepares to enter the White House.

Biden might well need to be inoculated against the Russophobe fever.

There are obvious Biden intentions worrying the intelligence agencies, such as renewing the Iran nuclear deal and restarting talks on strategic arms limitation with Russia. Both carry the inherent “risk” of thawing the new Cold War.

Instead, New Cold Warriors are bent on preventing any such rapprochement with strong support from the intelligence community’s mouthpiece media. U.S. hardliners are clearly still on the rise.

Interestingly, this latest hack story came out a day before the Electoral College formally elected Biden, and after the intelligence community, despite numerous previous warnings, said nothing about Russia interfering in the election. One wonders whether that would have been the assessment had Trump won.

Instead Russia decided to hack the U.S. government.

Except there is (typically) no hard evidence pinning it on Moscow. 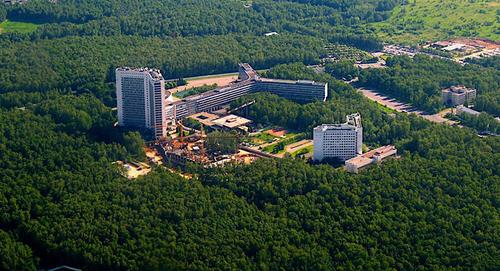 Headquarters of the SVR, Russian foreign intelligence service, which is being blamed for the hack. (Alex Saveliev/Wikipedia)

The official story is Russia hacked into U.S. “government networks, including in the Treasury and Commerce Departments,” as David Sanger of The New York Times reported.

But plenty of things are uncertain. First, Sanger wrote last Sunday that “hackers have had free rein for much of the year, though it is not clear how many email and other systems they chose to enter.”

The motive of the hack is uncertain, as well what damage may have been done.

“The motive for the attack on the agency and the Treasury Department remains elusive, two people familiar with the matter said,” Sanger reported. “One government official said it was too soon to tell how damaging the attacks were and how much material was lost.” 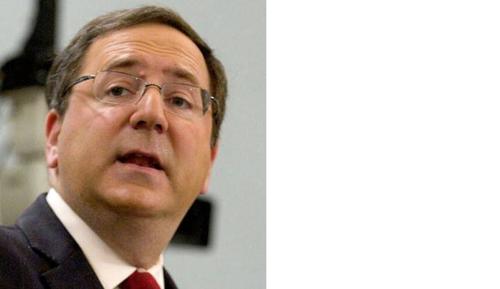 On Friday, five days after the story first broke, in an article misleadingly headlined, “Suspected Russian hack is much worse than first feared,” NBC News admitted:

“At this stage, it’s not clear what the hackers have done beyond accessing top-secret government networks and monitoring data.”

Who conducted the hack is also not certain.

NBC reported that the U.S. Cybersecurity and Infrastructure Security Agency “has not said who it thinks is the ‘advanced persistent threat actor’ behind the ‘significant and ongoing’ campaign, but many experts are pointing to Russia.”

At first Sanger was certain in his piece that Russia was behind the attack. He refers to FireEye, “a computer security firm that first raised the alarm about the Russian campaign after its own systems were pierced.”

But later in the same piece, Sanger loses his certainty: “If the Russia connection is confirmed,” he writes.

In the absence of firm evidence that damage has been done, this may well be an intrusion into other governments’ networks routinely carried out by intelligence agencies around the world, including, if not chiefly, by the United States. It is what spies do.

So neither the actor, nor the motive, nor the damage done is known for certain.

Yet across the vast networks of powerful U.S. media the story has been portrayed as a major crisis brought on by a sinister Russian attack putting the security of the American people at risk.

In a second piece on Wednesday, Sanger added to the alarm by saying the hack “ranks among the greatest intelligence failures of modern times.” And on Friday Secretary of State Mike Pompeo claimed Russia was “pretty clearly” behind the cyber attacks. But he cautioned: “… we’re still unpacking precisely what it is, and I’m sure  some of it will remain classified.” In other words, trust us.

Ed Loomis, a former NSA technical director, believes the suspect list should extend beyond Russia to include China, Iran, and North Korea. Loomis also says the commercial cyber-security firms that have been studying the latest “attacks” have not been able to pinpoint the source. 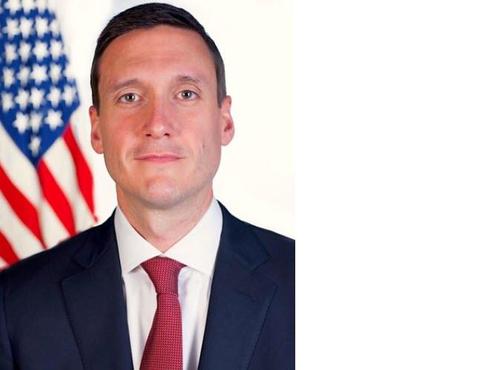 In a New York Times op-ed, former Trump domestic security adviser Thomas Bossert on Wednesday called on Trump to “use whatever leverage he can muster to protect the United States and severely punish the Russians.” And he said Biden “must begin his planning to take charge of this crisis.”

[On Friday, Biden talked tough. He promised there would be “costs” and said: “A good defense isn’t enough; we need to disrupt and deter our adversaries from undertaking significant cyberattacks in the first place. I will not stand idly by in the face of cyber-assaults on our nation.”]

While asserting throughout his piece that, without question, Russia now “controls” U.S. government computer networks, Bossert’s confidence suddenly evaporates by slipping in at one point, “If it is Russia.”

The analysis the corporate press has relied on came from the private cyber-security firm FireEye. This question should be raised: Why has a private contractor at extra taxpayer expense carried out this cyber analysis rather than the already publicly-funded National Security Agency?

Similarly, why did the private firm CrowdStrike, rather than the FBI, analyze the Democratic National Committee servers in 2016?

Could it be to give government agencies plausible deniability if these analyses, as in the case of CrowdStrike, and very likely in this latest case of Russian “hacking,” turn out to be wrong? This is a question someone on the intelligence committees should be asking.

Sanger is as active in blaming the Kremlin for hacking, as he and his erstwhile NYT colleague, neocon hero Judith Miller, were in insisting on the presence of (non-existent) weapons of mass destruction in Iraq, helping to facilitate a major invasion with mass loss of life.

The Military-Industrial-Congressional-Intelligence-MEDIA-Academia-Think-Tank complex (MICIMATT, for short) needs credible “enemies” to justify unprecedentedly huge expenditures for arms — the more so at a time when it is clearer than ever, that that the money would be far better spent at home. (MEDIA is in all caps because it is the sine-qua-non, the cornerstone to making the MICIMATT enterprise work.)

In this latest media flurry, Sanger and other intel leakers’ favorites are including as “flat fact” what “everybody knows”: namely, that Russia hacked the infamous Hillary Clinton-damaging emails from the Democratic National Committee in 2016.

“…the same group of [Russian] hackers went on to invade the systems of the Democratic National Committee and top officials in Hillary Clinton’s campaign, touching off investigations and fears that permeated both the 2016 and 2020 contests. Another, more disruptive Russian intelligence agency, the G.R.U., is believed to be responsible for then making public the hacked emails at the D.N.C.”

That accusation was devised as a magnificent distraction after the Clinton campaign learned that WikiLeaks was about to publish emails that showed how Clinton and the DNC had stacked the deck against Bernie Sanders. It was an emergency solution, but it had uncommon success.

There was no denying the authenticity of those DNC emails published by WikiLeaks. So the Democrats mounted an artful campaign, very strongly supported by Establishment media, to divert attention from the content of the emails. How to do that? Blame Russian “hacking.” And for good measure, persuade then Senator John McCain to call it an “act of war.”

Artful as the blame-Russia maneuver was, many voters apparently saw through this clever and widely successful diversion, learned enough about the emails’ contents, and decided not to vote for Hillary Clinton.

On Dec. 12, 2016, Veteran Intelligence Professionals for Sanity (VIPS) used sensitive intelligence revealed by Edward Snowden, the expertise of former NSA technical directors, and basic principles of physics to show that accusations that Russia hacked those embarrassing DNC emails were fraudulent.

A year later, on Dec. 5, 2017, the head of CrowdStrike, the cyber firm hired by the DNC to do the forensics, testified under oath that there was no technical evidence that the emails had been “exfiltrated”; that is, hacked from the DNC.

His testimony was kept hidden by House Intelligence Committee Chairman Adam Schiff until Schiff was forced to release it on May 7, 2020. That testimony is still being kept under wraps by Establishment media.

What VIPS wrote four years ago is worth re-reading — particularly for those who still believe in science and have trusted the experienced intelligence professionals of VIPS with the group’s unblemished, no-axes-to-grind record.

Most of the Memorandum’s embedded links are to TOP SECRET charts that Snowden made available — icing on the cake — and, as far as VIPS’s former NSA technical directors were concerned, precisely what was to be demonstrated QED.

Many Democrats unfortunately still believe–or profess to believe–the hacking and the Trump campaign-Russia conspiracy story, the former debunked by Henry’s testimony and the latter by Special Counsel Robert Mueller. Both were legally obligated to tell the truth, while the intelligence agencies were not.

Pelosi Plays Chicken With House Progressives, Schedules Three Votes For Next Week That “Must Pass”