A Question Of Intent? How The Trump Trial Is Designed To Enrage But Not Convict

Below is my column in the Hill on the trial briefs filed by the House and the Trump team for the second Trump impeachment trial.  The brief of the House promises an emotionally charged but legally insufficient case for conviction. Indeed, there is no evidence that the “prosecution” is designed to win the trial since the House offers little on the issue of intent.

Conversely, if Donald Trump insists on arguing election fraud, he could conceivably engineer his own conviction.

Rather the strategy on both sides seems to be to enrage the emotions of viewers rather than prove an actual case for incitement to insurrection. Here is the column: 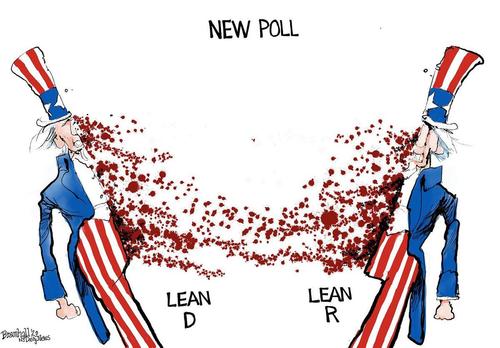 I don’t believe Punxsutawney Phil said anything about winter this year. Phil’s handlers claim to speak “Groundhogese,” but there are just some things that should come from the marmot himself. If you’re a groundhog skeptic like me, you will be equally unsatisfied by the filings for the second Trump impeachment by House impeachment managers and the Trump team.

The House brief outlines what will be a highly emotive case but one conspicuously lacking evidence of a critical element: intent. Likewise, the case laid out by Trump’s new counsel may be equally disconnected from the allegations. In this trial, we will hear a lot about how the groundhog appeared, what people thought he said, and even where he went afterward — but little from the groundhog himself.

The House brief is built around how Trump’s speech was interpreted rather than intended. The House reportedly plans to show video clips from the riot and statements of the rioters referring to Trump and his speech. That would show how the speech was received, but not how it was meant.

The House is, in many ways, a captive of its own excess. After refusing to hold a single hearing to look at the language and implications of impeachment, House leaders pushed through an article for “incitement of insurrection.” The ill-conceived, poorly crafted article guaranteed that few Republicans could support it. It also refers to a crime that would be difficult to prove in a court of law; the president’s speech likely would be found to be protected by the First Amendment, if not at trial then on appeal. The Supreme Court has routinely protected speech absent clear advocacy of violence.

Trump’s speech would not satisfy the standard laid out in cases like Brandenburg v. Ohio. Calling on one’s supporters to march on federal or state capitals is common in politics. In his speech, Trump told supporters to “peacefully” walk to the Capitol to show support for his election challenge and opposition to those refusing to back it. However, there is a difference between reckless and criminal rhetoric.

The House filing raises more questions than answers, particularly on the relative passivity of the House to create any record — a “snap impeachment” without hearing, testimony or investigation, which I have criticized. There was no chance that the trial would occur for weeks after Trump left office and, under its own theory, the House could impeach a former president in days or years after leaving office. Yet, it refused to hold even one hearing.

While demanding witnesses in the Senate, the House could have called witnesses before its own committee to lock in their testimony for weeks and create a public record that could be referenced in the Senate trial. As I have previously noted, there are at least ten key witnesses who could be called, including many who have spoken publicly. Those witnesses include former Acting Defense Secretary Chris Miller and his two closest aides, Kashyap “Kash” Patel and Ezra Cohen. Some are referenced in this filing, but the House has declined to put them under oath. Why? These witnesses could answer questions on whether Trump impeded or delayed the deployment of the National Guard. Indeed, the House is clearly in possession of information on when the Guard was first offered and interactions with the administration on its deployment. Moreover, while Trump — like prior presidents — is unlikely to testify, others have recounted meetings with him before and after his Jan. 6 speech.

Instead, the House suggests that when Trump later tweeted around 2:30 p.m. to his supporters to “stay peaceful” and “support our Capitol Police and law enforcement,” he didn’t mean it. In this, the House seems to prefer to keep the trial on the level of speculation — trying Trump on how his words were received rather than intended. While the impeachment article refers to a crime of incitement to insurrection, it reads like an impeachment for negligence.

Trump’s original legal team reportedly resigned after he insisted that they focus on allegations of electoral fraud. If so, it could prove a case of Trump snatching defeat from the jaws of victory. Trump currently is set to secure a second acquittal by close to the same margin as in his first impeachment trial. Converting this trial into an argument over electoral fraud would be viewed as a sign of contempt by some senators who have lost patience with him.

Trump’s filing does address his claim of a stolen election but states, rather obliquely, that “Insufficient evidence exists upon which a reasonable jurist could conclude that the 45th president’s statements were accurate or not, and he therefore denies they were false.”

Trump’s view of election fraud certainly is germane, since it is referenced in the impeachment article. However, it is the worst possible defense to advance before the Senate. It doesn’t matter if Trump was right about fraud; it only matters whether he sought a rebellion rather than a recount.

Beyond the constitutional challenge, the second-best argument is that this is not incitement but protected speech, which is raised in Trump’s filing. The House emphasized Trump’s use of language like “fight much harder,” “stop the steal” and “take back our country.” Yet, that language not only is consistent with previous Trump speeches but is similar to language used by Democrats. Indeed, Democrats have challenged electoral votes in the past, and many denied the legitimacy of Trump’s election on his inauguration day as violent protests erupted in Washington.

Finally, Trump can argue that he has been denied due process by this snap impeachment. Since the House maintains that it could impeach Trump at any time after leaving office, it could have afforded him an opportunity to respond and for witnesses to be heard in the House. But those defenses will be lost if Trump wants to make this a trial on election fraud.

Both sides’ filings bode poorly for this trial, which could become a raw reflection of our age of rage. No minds will be changed — just more weeks of political winter.

The Privilege of Getting Punched in The Face