After data was shared last week suggesting that the AstraZeneca-Oxford COVID vaccine is substantially less effective against the new COVID variant first isolated in South Africa, it looks like more questions about the efficacy of the first wave of vaccines are about to be raised, as the FT warns of a new study showing that the AZ vaccine is even less effective against the SA variant than initially believed, and often fails to prevent infections involving the new strain.

According to the FT, although none of the more than 2K, mostly healthy and young patients in the study died or was hospitalized with serious illness, the findings ‘could complicate the race to roll out vaccines as new strains emerge.” 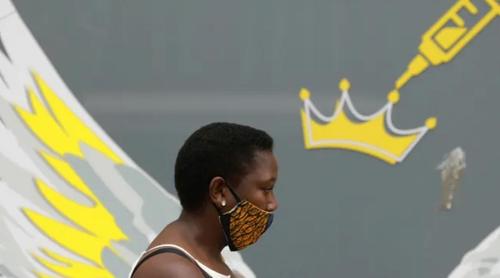 That’s definitely bad news for one of Europe’s top vaccines, and it couldn’t come at a worse time, as the West finally admits that the Russia-developed vaccine ‘Sputnik V’ is surprisingly effective.

The strain of the virus that first emerged in SA has been described as “more worrying” than other mutant strains, including the B117 strain first isolated in Kent. And AZ isn’t alone in this: Vaccines from JNJ and Novavax were also found to be less effective against the SA strain.

In both the human trials and tests on the blood of those vaccinated, the jab showed significantly reduced efficacy against the 501Y.V2 viral variant, which is dominant in South Africa, according to the randomised, double-blind study seen by the Financial Times. “A two-dose regimen of [the vaccine] did not show protection against mild-moderate Covid-19 due to [the South African variant]”, the study says, adding that efficacy against severe Covid-19, hospitalisations and deaths was not yet determined. While all Covid-19 vaccines so far have largely held up against the B.1.1.7 variant that emerged in the UK, the strain that originated in South Africa has been more worrying. Both Johnson & Johnson and Novavax have said their vaccines were less effective against the strain in clinical trials conducted in South Africa. In trials, both vaccines offered complete protection against severe disease and death in relation to Covid-19.

While the study data is being taken seriously, there are certain caveats, though one scientist who spoke with the FT still described the findings as a “wake-up call”.

There are caveats to the Oxford/AstraZeneca study, as the sample sizes were relatively small. The study, led by South Africa’s University of the Witwatersrand and Oxford university, enrolled 2,026 HIV negative individuals, with a median age of 31. Half the group was given at least one dose of placebo, with the other half receiving at least one dose of vaccine. Tulio de Oliveira, who heads the Network for Genomic Surveillance in South Africa, told the Financial Times the findings were a “wake-up call to control the virus and increase the response to Covid-19 in the world”.

With the new study set to publish Monday, another round of media coverage of the vaccine’s shortcomings is almost guaranteed. Is this the start of another round of vaccine-related fearmongering to justify more lockdowns in Europe? We’ll just need to wait and see.

“You Can’t Do That To People”: Virginia Gas Station Charges Almost $7 Per Gallon