It’s all phony money but there’s no revolt yet. 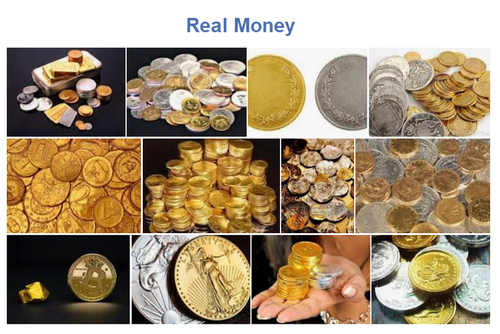 My friend Hugo Salinas Price wrote a short post that I agree with.

Please consider A World that Operates by Cheating Is Doomed

In ages past, gold and silver provided humanity with a system of economic co-operation among productive humans, which was fair to all participants.

With gold and silver, humans were trading value-for-value: what changed hands were amounts of physical gold or silver, or at least, Bills which were unquestioned claims upon gold or silver.

Under the present monetary system, there can be no justice or “fair trading”, because all the World’s MONEY IS FAKE MONEY.

And a gigantic shooting war will mark the end of our times, as a result of the cheating involved – all because fake money was forced upon humanity.

Except in isolated hyperinflation cases, governments have learned there are no consequences to the ruling class (at least yet) for unsound money.

Never ending wars are one result. Look at Afghanistan. If people had to pay for wars with real money, their own, they would revolt.

On an ongoing basis, Democrats want unlimited social spending and Republicans want endless military spending. The compromise is both sides mostly get their way and the value of the dollar sinks.

It’s all phony money so there are few practical constraints.

Meanwhile, the rich get richer and the middle class shrinks but the reason isn’t obvious. The media blames Google, Microsoft, and Amazon instead of unsound money, the Fed, and Congress.

The dollar would collapse except for the simple fact the EU, Japan, and China are all doing similar things to varying degrees.

So we plod along, war after war, with some of them never ending as debt piles up so high that no one can even comprehend the numbers involved.

This will end in a currency crisis of some sort perhaps in conjunction with the shooting war Hugo envisions.

I am not suggesting the end is near. How long the shrinking middle class will put up with this is a mystery.

But when the currency crisis does arrive, expect this global cry: No one could possibly have seen it coming.