Kate Ruane, a senior legislative counsel at the ACLU, said in a statement that Twitter’s decision to suspend Trump from social media sets a precedent for tech companies to silence voices.

The group first took issue with Trump’s usage of social media outlets to question the results of the Nov. 3 election and his allegations of voter fraud.

“We understand the desire to permanently suspend him now, but it should concern everyone when companies like Facebook and Twitter wield the unchecked power to remove people from platforms that have become indispensable for the speech of billions – especially when political realities make those decisions easier,” the ACLU statement read.

Ruane said that transparency is needed from Big Tech companies, noting that activists who don’t have alternative ways to communicate will suffer.

“President Trump can turn his press team or Fox News to communicate with the public, but others … who have been censored by social media companies—will not have that luxury. It is our hope that these companies will apply their rules transparently to everyone,” according to the statement. 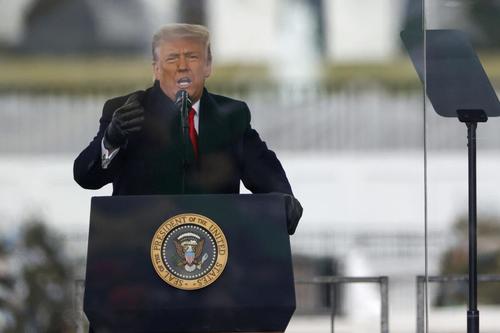 Other concerns have been expressed about civil liberties after Apple and Google moved to remove social media app Parler—a social media website used primarily by conservatives—from their respective app downloading stores, saying it has not implemented adequate moderation policies.

“Parler has not taken adequate measures to address the proliferation of these threats to people’s safety. We have suspended Parler from the App Store until they resolve these issues,” said Apple in a statement on Saturday.

Amazon told Parler that it was suspending its Amazon Web Services (AWS) because it wasn’t acting quickly enough against violent content.

But Parler CEO John Matze said in a statement that big tech companies are working to squash a competitor.

“There is the possibility Parler will be unavailable on internet for up to a week as we rebuild from scratch,” he said in a post on Parler. “This was a coordinated attack by the tech giants to kill competition in the market place … You can expect the war on competition and free speech to continue, but don’t count us out.”