Alabama Is The Weakest Link In The U.S. Vaccination Chain

In terms of Covid vaccinations, Alabama seems to be the odd state out.

The state’s vaccination data contrasts with its infection data, where Alabama had among the “highest rates in the U.S. for positive coronavirus tests over the past month at 29.1%, based on data compiled by Johns Hopkins University,” the WSJ notes.

The blame for the lag falls on Alabama’s broke public health system, which has left some counties without health departments at all. The state’s hotline for vaccine appointments didn’t have enough lines to meet demand and, last month the state suffered a “reservation glitch” which found people showing up to a vaccination site where no one ever showed up with the vaccine.

Seven hospitals in rural areas have shut down in the state since 2009. It’s part of a larger picture of closures in Alabama’s rural – and often poverty stricken – areas. Alabama’s population is 41% rural, among the highest rates in the U.S. In counties like Macon County, conservatives and black people are hesitant to get the vaccine. The county’s population is 83% black and the Journal notes that “memories linger of the notorious Tuskegee Syphilis Study of Black men that ended in 1972 and was deemed unethical by a federal panel.” 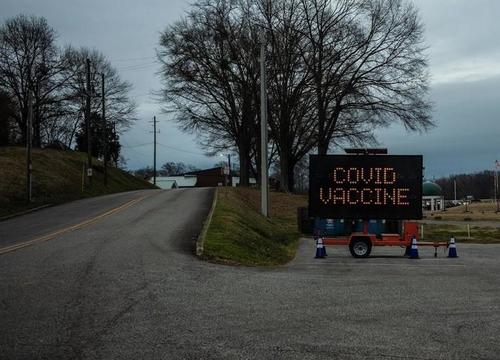 Mark Holmes, director of the Cecil G. Sheps Center for Health Services at the University of North Carolina said that the state’s challenges are “indicative of the general erosion of the rural health-care infrastructure across the country.”

State health officer Scott Harris said that the state has actually administered more doses than published by the CDC and that the mistake is due to technical problems. He also noted that unpredictable supplies of the vaccine from the government has been a challenge. He told WSJ: “We need people to understand there’s not enough to go around. We’re going to do our best to get it out as quickly as we can.”

Resident Virginia Brasher said she dialed the state’s hotline 200 times in a day before she got through. Then, she was referred to her county’s office. After spending another day calling pharmacies and medical offices, he found there were no doses. “It’s just kind of a mess,” she said. After securing an appointment, she said: “I’ve got my fingers crossed.”

The state has 66 county health departments. of them, 36 either have just one nurse or none. Staffing at these departments in 2019 was at 65% of 2010 levels. Jim Carnes, policy director at Alabama Arise, a nonprofit focused on poverty issues, said: “We have really tied our own hands in Alabama by undercutting the public-health infrastructure in our budgets.”

Petitioning Government or Courts Will Never Result in Gaining Freedom: Only Mass Disobedience Can Prevail

These Are the Times That Try Men’s Souls