Months after Beijing’s crackdown on China’s tech behemoths like Alibaba and Tencent unofficially commenced with the scuttling of Ant Group’s domestic IPO (what would have been the biggest corporate debut yet on the officially Communist nation’s public markets), President Xi finally spoke out about the campaign, suggesting that it’s only just getting started.

And as if to underline his point, western media outlets reported Tuesday morning that Alibaba’s popular web browser had been removed from Chinese app stores. While removing apps is a common punishment in China for companies that have transgressed in the eyes of the CCP, the decision to suspend the Alibaba browser (known as the UC Browser) follows reports about the CCP leaning on Alibaba to divest its media holdings. The CCP reportedly fears that Alibaba’s vast news media properties represent an unwelcome rival to Beijing’s own propaganda machine.

The decision to remove the popular UC Browser is the latest hit to the empire of Jack Ma, China’s most famous entrepreneur, after regulators scuppered the record $37bn initial public offering of Ant Group, Alibaba’s financial technology affiliate. Ma has barely been seen in public since the listing was pulled last November, as Xi tightens Beijing’s grip on the economy.

According to minutes from a meeting of senior CCP leaders, President Xi warned that tech giants are growing “in an inappropriate manner” that creates risks for the Chinese system.

“Some platform companies are growing in an inappropriate manner and therefore bear risks. It is a considerable problem that the current regulatory regime has failed to adjust” to the rise of these groups,” the minutes of the meeting said. Regulators will “step up” efforts to improve the regulation of China’s big internet companies, the minutes added.

Xi added that the development of China’s platform economy is currently at a crucial stage, and it’s necessary to focus on the long term, strengthen weaknesses and create an innovative environment to promote the healthy and sustainable development of the platform economy. In the past, Xi has spoken about the importance of limiting monopolies, but this is the first time he has specifically addressed the problems posed by “platform” companies like Tencent, Alibaba, JD.co and others. 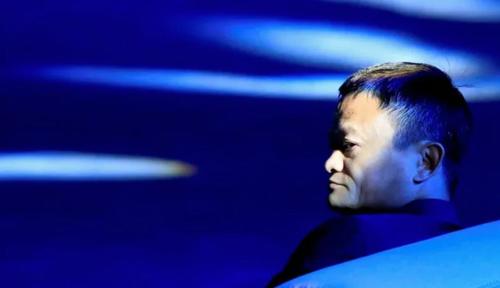 Circling back to Alibaba, the decision to pull its browser from the app store followed the airing of a lengthy feature report slamming China’s tech industry during a prime time slot on China’s consumer rights day.

The effort against UC Browser came after a programme on state-owned broadcaster CCTV targeted the tech industry on China’s consumer rights day, an annual event when the channel investigates alleged malpractice and documents the findings on a primetime show.

This year’s programme included a segment on misleading online medical advertising. UC Browser was shown to allow private hospitals to bid for the names of China’s large well-known hospitals in keyword searches, leading potential patients to their websites instead of the public hospitals they intended to visit.

But taking on Alibaba might be only the beginning. While Tencent founder Pony Ma has been more circumspect than Alibaba’s Jack Ma, whose errant comments at a tech conference in October were blamed for initially provoking the CCP, there’s no question that Tencent’s WeChat is the uber-app in China’s highly technological economy, where people routinely pay for goods via their smartphones thanks t the app. Tencent shares have plunged on the crackdown news as the company has also been targeted by China’s anti-trust regulators – even though so far Alibaba has faced most of the heat.

As Rabobank’s Michael Every pointed out in a recent note to clients, the authorities seem to be sending the message that data and media must be state and not private-owned. That’s terrible news for Tencent, which is already being pushed to form a financial holding company to house its banking, insurance and payments businesses. Warburg Pincus slashed its estimated range for Ant Group’s valuation, calling for a range of between $200BN and $250BN, down from $280BN before the IPO unraveled, yet another sign that western investors are growing wary of the CCP’s intentions. Alibaba and Tencent shares have tumbled on the crackdown as well.

China of course has massive tech ambitions, and these necessarily involve data and media. And while there’s no question that China has benefited from the astronomical economic growth afforded by these firms, a threat to the CCP’s dominance is still a threat no matter what.

Goldman: Here’s What Life Under Democrat Control Will Look Like

JPMorgan Flip-Flops Again, Says Bitcoin May Hit $100,000 “But Such Price Levels Would Be Unsustainable”