While bitcoin stole all the headlines over the holiday weekend, altcoins are starting to play catch up with Ethereum surging over 12% as bitcoin stabilizes… 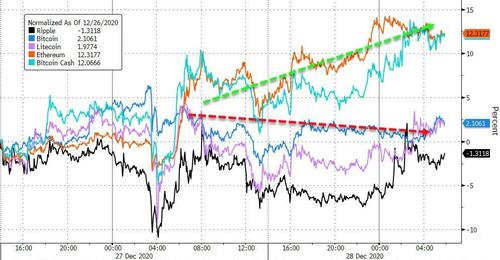 Bitcoin has stabilized around $27,000 after futures opened and saw major short liquidations… 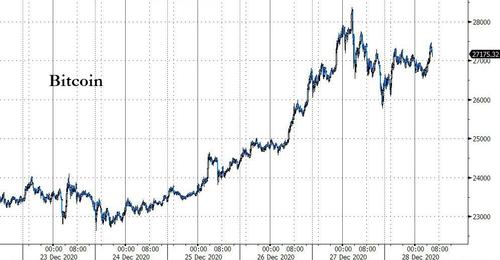 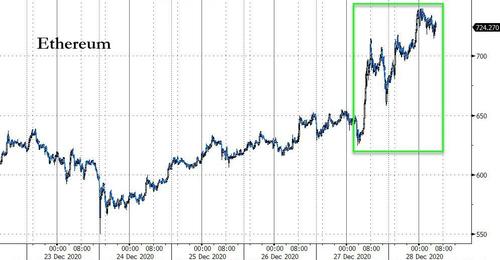 Flipping the recent trend of bitcoin outperformance, pushing ETH back above 0.025x BTC…

QCP Capital, a Singaporean crypto trading firm, wrote today in a note to investors, “late yesterday we got the usual swapping of BTC profits into the Alts, driving ETH to new cycle highs as well. The ETHBTC bounce happened at 0.023, which has proved a strong level for those looking to diversify their growing BTC balance sheets into ETH.”

And, as markets return to digest a wild Christmas, CoinTelegraph presents five factors set to help with Bitcoin price direction this week. 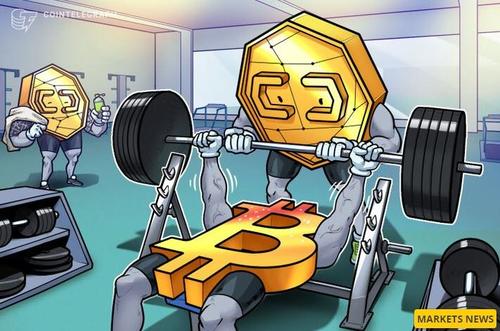 Markets have been spared a nightmare this week after U.S. President Donald Trump agreed to sign off on Congress’ $900 billion coronavirus stimulus bill.

Set to add a large amount of debt to the Federal Reserve’s existing mountain, the package includes various benefits for businesses but stops short of providing Americans with the same level of direct financial support seen in March.

Trump had said that the low direct payment amount of the second stimulus — $600 against $1,200 last time — meant that he could not condone it, but subsequently changed his mind.

Markets have thus begun a new week on a positive note, with slight gains seen on S&P 500 futures prior to the Wall St. open.

At the same time, gold has returned in style, with data showing that the precious metal is now on track for its biggest one-year gain in a decade. 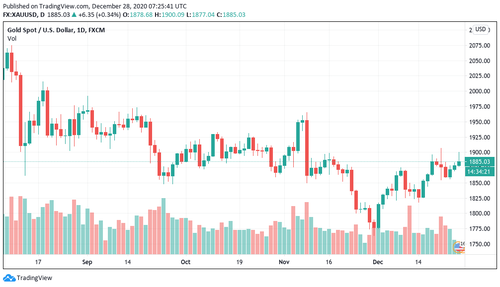 “Not since Chester Arthur (1881-1885) has a president who served a full term vetoed fewer bills. You can’t drain the swamp by making it deeper.”

After striking a fresh tone with a wider audience over Christmas with runs to new all-time highs, Bitcoin may soon have to face the music with the establishment, sources warn.

Hitting $28,400 and capping monthly gains of 55%, Bitcoin is now firmly on regulators’ radar as its mainstream appeal heightens. Even for its proponents, the next year may prove to be a challenging time.

With outgoing Treasury Secretary Steven Mnuchin leaving his mark with an attempt to force new laws over noncustodial wallets, his replacement, Janet Yellen, may hardly be an improvement, they say.

“Generally, I think we have had challenges with the Dems — they prefer more regulation, more oversight,” Meltem Demirors, chief strategy officer at digital-asset manager CoinShares, told Bloomberg on Sunday.

“I am a bit worried about the direction things are trending.”

As always in the U.S., the patchwork of political allegiances means that any assault may be tempered by the presence of crypto-friendly figures elsewhere. The new chair of the Securities and Exchange Commission (SEC), Elad Roisman, is considered to be a fan.

Concentrating on the latest Bitcoin spot market action, Monday is shaping up to be a major test for bulls given the momentum seen over the weekend.

After hitting all-time highs of $28,400 on Sunday, Bitcoin saw a pullback which many had already expected.

“#Bitcoin undergoing a very healthy correction as it went quite vertical. Might be the temporary top for now,” Cointelegraph Markets analyst Michaël van de Poppe summarized on social media.

“What’s next? Consolidation, sideways action, less volatility. Giving space to the rest of the markets to pace up. $BTC pairs doing well.” 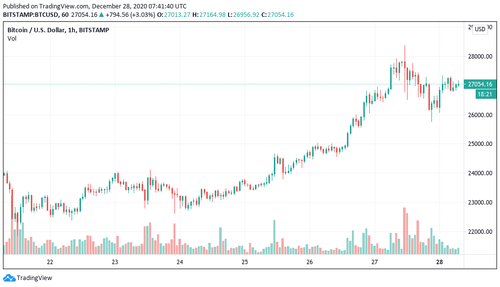 Van de Poppe is eyeing the potential for altcoins to begin their response to Bitcoin’s recent glories, arguing that signs are already beginning to appear that “altseason” is around the corner.

“After #Bitcoin finishes the run (and it is quite vertical), the money will flow towards large caps. And after that towards mid-caps and small caps,” he continued.

“Altcoins are not dead, the money flow is still the same.”

While floundering against BTC, some popular altcoins are still delivering significant returns in USD terms, with market leader Ether (ETH) trading above $700 for the first time since May 2018. Versus its lows of $113 in March, ETH/USD is now up 530%. 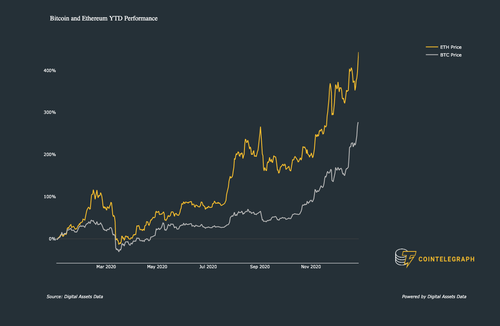 Bitcoin is contending with the largest “gap” to ever appear on futures markets this week.

Data from CME Group’s futures shows that on Friday, trading ended at around $23,825. Monday began with a wick to lows of $26,500 from opening levels, with the difference ranking as the biggest ever seen in a weekend.

These so-called futures “gaps” refer to the void between Friday and Monday trading sessions, and the BTC/USD spot price has a habit of returning to “fill” them later on.

In recent weeks, however, this trend has weakened, with gaps remaining between $16,900 and $19,500 which have only been partially filled.

This has in turn given rise to theories among analysts — including Cointelegraph’s Van de Poppe — that Bitcoin could still reverse downwards to revisit sub-$20,000 levels just long enough to take care of its unfinished business.

Should that not in fact occur, analysts may instead need to come to terms with the loss of what was once a solid indicator of near-term Bitcoin price trajectory. 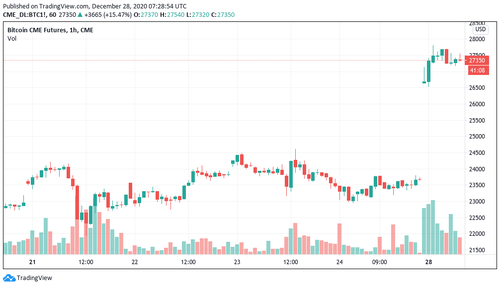 On the topic of price trajectory, the latest action puts Bitcoin at odds with one of its best-known and most reliable price models — stock-to-flow.

After rising to hit exactly what the model’s demands last week, the weekend ensured that BTC/USD outperformed, with Sunday’s retracement to the mid $26,000 range ensuring compliance swiftly returned.

As noted by both its creator PlanB and Saifedean Ammous, author of “The Bitcoin Standard,” Bitcoin is overall staying highly faithful to what stock-to-flow requires on an almost daily basis.

Going forward, the model’s various incarnations demand price levels of anywhere between $100,000 and $576,000 between now and the end of the current halving cycle in 2024.