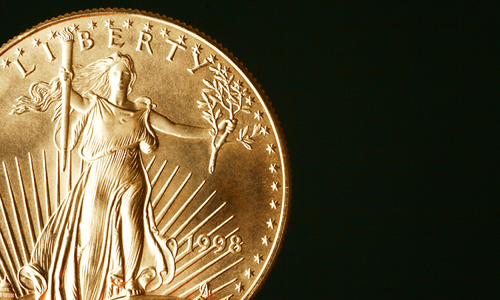 Sales of US gold and silver bullion coins at the US Mint hit a 4-year high in 2020.

Coin sales surged despite supply chain issues due to government lockdowns around the globe. The US Mint had to temporarily shut down production at its New York facility in April due to COVID 19. Due to production cuts, there were no half, quarter, or tenth-ounce Gold Eagle coins available several months last year.

With demand high and supply short, premiums on gold and silver coins skyrocketed. When spot silver hit its low of around $12 an ounce in March, premiums shot up as high as $12 a coin.

The second-biggest month for gold coin demand was in August when the price of the yellow metal broke its all-time high and briefly pushed above $2,000 an ounce. The US Mint sold 121,000 ounces of Gold Eagles that month.

Demand for physical gold should remain brisk in 2021. There is no end in sight to the borrowing, spending and money printing. Peter Schiff has been predicting inflation pressures will ramp up significantly in the coming year. In fact, we’re already seeing the impacts of a weakening dollar. For instance, import costs have doubled and in some cases tripled. Commodity and agricultural prices are up.

We are really going to reap the whirlwind of the inflation winds that we have been sowing for years, but particularly ever since COVID,” Peter said of 2021.

And the Federal Reserve has made it clear it’s not particularly worried about inflation. In fact, it has moved its policy goalposts to let inflation run hot.

Inflation is bad news for consumers, but it’s good for gold and silver.

Two Decades Of Airline Passenger Traffic Wiped Out In 2020

SARS-CoV-2 has not been proven to exist; I can do this forever