Americans’ personal spending dropped for the second month in a row in December, despite a modest (better than expected) rise in incomes on pandemic relief. 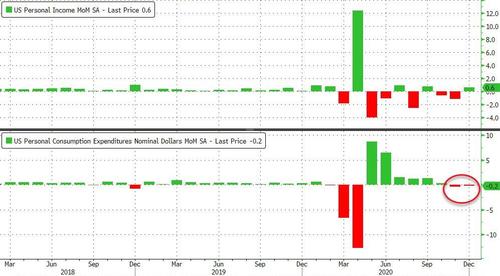 On a year-over-year basis, spending is starting to drop faster (down 2.0%)… 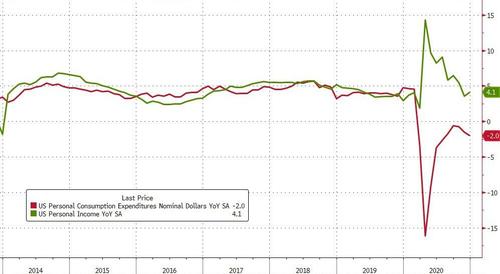