President Trump’s health-care policy ambitions didn’t receive much attention from the mainstream media, but as we head into the new year, some of his market-based reforms are starting to become reality.

One of the most important is a directive requiring the nation’s biggest hospital chains to publish the rates they’ve agreed to charge various insurers. As WSJ explains, after a failed attempt at an appeal, the major hospital operators are saying they will comply with the new rules and make their prices public starting on Friday.

Suddenly, America’s hospital operators, a $1.2 trillion industry comprising some 6% of the country’s economy, will be subjected to more transparency than they’ve seen in decades. And the Trump Administration policy wonks he pushed the idea are hoping that good ol’ fashioned market dynamics will kick in, and help lower prices across the board. 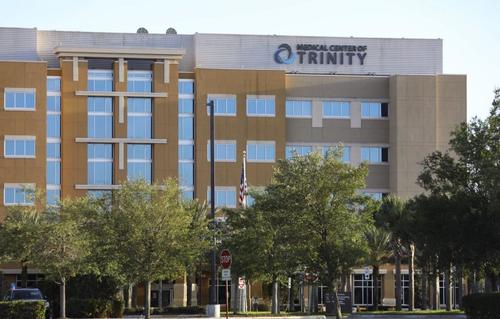 Within a week, hospitals will disclose prices for 300 common procedures.

This is how the system has worked for years: Hospital pricing is negotiated confidentially between hospitals and the employer groups and insurance companies that pay for care.

Many criticized this system for obscuring market rates and helping drive up the cost of health insurance premiums paid by employers and workers. Rising hospital prices accounted for about one-fifth of the nation’s health spending growth over the last 50 years.

While groups like the American Hospital Association insist that their members have responsibly shared price information related to health-care premiums and medical bills, others insist that they were long left in the dark about the potentially wide disparities charged among hospitals for the same services.

Hilariously, the AHA has claimed that the publishing of prices would “confuse” patients. Now that the issue has been settled, the organization’s general counsel tells WSJ: “The AHA continues to believe that the disclosure of privately negotiated rates does nothing to help patients understand what they will actually pay for treatment and will create widespread confusion for them.”

A wave of consolidation in the hospital space has reportedly caused price growth to accelerate, as the more dominant players exert their newfound market and pricing power.

Economists who spoke with WSJ said it’s not clear how this transparency will impact the market.

Michael McWilliams, a Harvard University professor of health-care policy, argues that the transparency won’t do much to change pricing: “So we should not believe that we can fix health-care markets simply by providing more information to consumers. There are many reasons why health-care markets do not function well.”

But for better or worse, we will learn soon enough.