One of the most shocking consequences of the “shortage” of coronavirus vaccines has just been documented in Quito, Ecuador (the country’s capital) where a “fake” doctor has just been busted selling a fake COVID vaccine at an unlicensed clinic, according to local media reports cited by RT.

The doctor was reportedly charging $15-per-dose before the clinic was raided and shut down by Quito police and other federal authorities. Officially, the business was a “spa and slimming massage salon”, but it offered unlicensed medical services on the backend. With the COVID-19 outbreak ravaging the country, the establishment, which was located in the southern part of Quito, decided to add a “vaccine” against the disease to its list of treatments and sold an estimated 70K doses before getting busted.

News of the raid was published by the twitter feed of local police. 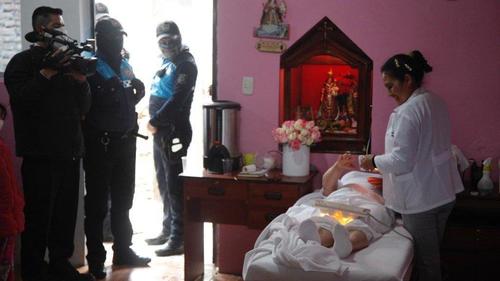 Exactly what recipients were injected with has yet to be determined by lab tests.

Patients were offered a three-dose course, with two of the injections supposedly giving full immunity. The first “dose” cost $15, while the follow-up chaser doses (which reportedly included cleansing drugs and multivitamins) cost another $100.

Ecuador has approved two vaccines – Pfizer-BioNTech’s and AstraZeneca’s – for its national immunization against Covid-19, with two more products being considered. The government plans to roll out the effort in March, promising to vaccinate nine million adults for free by the end of the year.

POLL: Plurality of all voters and black voters disagree with pulling all-star baseball game from Georgia

What To Fear Most