Wedbush’s Michael Pachter just can’t seem to get any love.

Pachter, whose claim to fame last year was being “hugely bearish” on Netflix while the stock exploded to all-time highs (Pachter has had an “underperform” rating on Netflix since 2017 when it traded at $68 per share), is now realizing that no one is taking his $16 price target on GameStop seriously.

Pachter has been covering GameStop for 19 years, according to a new CNBC report, and says he is still comfortable with his $16 price target despite the stock trading at about 20x those estimates at the time of this writing. According to the report, he “knows his opinion doesn’t matter right now.” This, of course, prompts us to ask: has it ever mattered? 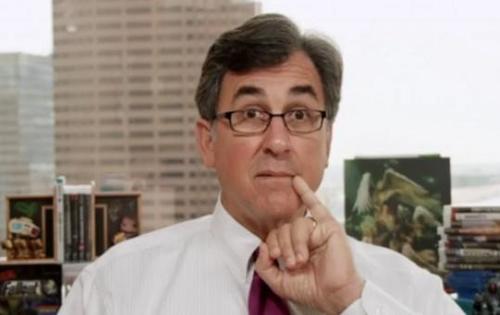 He told CNBC: “There’s not a single institutional investor who’s sitting back and waiting for me to weigh in on whether to buy at $300. We’ve long past the time where anyone who values my advice is involved in GameStop.”

“It’s just a feeding frenzy. There’s nobody in this stock based on fundamentals,” he continued. He noted that the volume in GameStop shares is what was truly incredible. More than 170 million shares traded each of the last three trading days, the report notes. There’s currently only 73 million shares outstanding.

He has “never seen anything like this,” he said. “The guys buying it at $300 think some greater fool will buy at $400, and so far the greater fools keep showing up. It’s a pyramid scheme.”

Hilariously, Pachter also covers AMC and FuboTV, two other names that have jumped 260% and 70%, respectively, over the last two days on short squeezes.

The average GameStop price target among FactSet analysts is $13.44.