2018 was a very bad year for one-time commodity trading wunderkind, Pierre Andurand, who back in April of 2018 bet oil could soon hit $100 a barrel (and even said $300 oil is “not impossible“), but watched as his billion Andurand Commodities Fund suffered its largest monthly loss ever just a few months later as oil closed the year at just half of his target price. And while his performance in 2019 was better, the energy trader who runs one of the last big oil-focused hedge funds again failed to generate a positive return in a year when oil staged only a modest rebound. 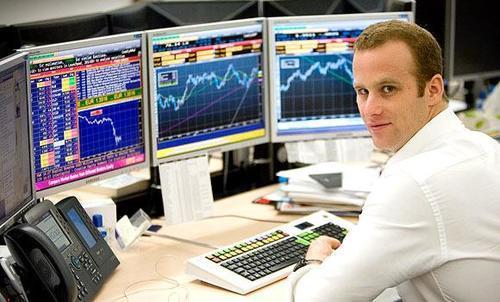 Well what a difference a year makes: after being short in early 2020 when WTI did the unthinkable and on April 20 traded as low as a negative $40/bbl, Andurand redeemed himself following losses in the previous two years, and according to Bloomberg, his hedge fund stormed back in 2020 to post its biggest-ever gain.

The flagship Andurand Commodities Fund, which mostly bets on rises and falls in oil prices, was up 68.6% for the year, according to a Bloomberg source, while the Discretionary Enhanced Fund, which was launched in 2019 without pre-set risk limits, surged 154%. That made it not only the best performing commodity fund, but also one of the year’s best-performing hedge funds across all products and sectors.

As we reported at the time, most of the funds’ gains came in March (up 63.5%) and April when energy prices collapsed amid the covid lockdowns, and when Andurand was uncharacteristically – if 100% spot on correct – bearish on oil (we warned just weeks before the infamous price implosion that negative prices could be coming, and one month later that’s precisely what happened) .

According to Bloomberg, Andurand’s returns were the best since his main fund made 38% in 2014. The solid 2020 performance is reminiscent of his strong gains during the last financial crisis at his previous firm BlueGold, which he co-founded with Dennis Crema in 2007 and launched the following year. He made more than 210% in 2008.

The solid performance could not come any sooner for the fund which has emerged as one of the very few commodity hedge funds still trading. Many of the biggest names have exited the market, including Astenbeck Capital Management, Blenheim Capital Management and Clive Capital, each of which managed billions of dollars at its peak, but which were forced to shutdown following major losses in recent years as oil cratered on several occasions in the past 6 years.