Senator Josh Hawley (R-MO) says that a group of ‘Antifa scumbags’ showed up at his house in Washington D.C. while he was in Missouri and ‘screamed threats, vandalized, and tried to pound open our door.’ 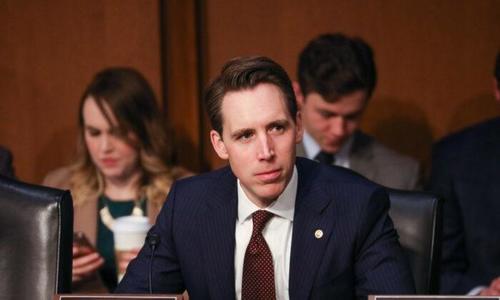 Tonight while I was in Missouri, Antifa scumbags came to our place in DC and threatened my wife and newborn daughter, who can’t travel. They screamed threats, vandalized, and tried to pound open our door. Let me be clear: My family & I will not be intimidated by leftwing violence

A video posted to YouTube by activist group ShutdownDC showed several protesters gathered outside Hawley’s house, with at least one using a bullhorn to rant in the street. The group later issued a statement saying they approached Hawley’s front door and placed a copy of the constitution on it – which was not seen on the recording.

2. We visited Senator Hawley’s house for around 30 minutes. We sang songs, chanted and shared our stories. A small group of people delivered a copy of the constitution to his door (with Article II, Section 1 of the Constitution dog eared for easy reference).

Assange’s Fiancé: ‘If I Could Speak to the President, I Would Tell Him Julian’s Liberty and the Liberty of the United States Hang Together’