Rep. Alexandria Ocasio-Cortez (D-NY) – who in 2019 became overwrought with emotion in front of an empty parking lot leading to a Trump-era ‘concentration camp’ – has finally managed to (sort of) criticize the Biden administration over a mounting humanitarian crisis at the same Border Patrol facilities – after weeks of seemingly not giving a shit. 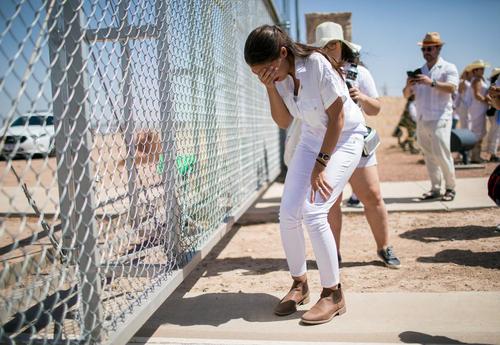 During a Wednesday night virtual town hall, AOC called conditions at the facilities built by the Obama-Biden administration “inhumane,” “horrifying,”unacceptable” and “barbaric,” according to the New York Post. Apparently they no longer qualify as ‘concentration camps.’ 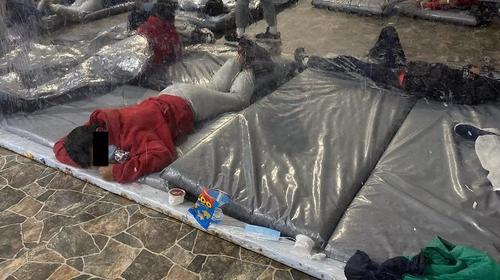 The Democratic Socialist – who wore a $600 watch during her Trump-era parking lot stunt – then pivoted, blaming the “political failure of both parties” for the border crisis, adding “I don’t want to excuse any of this.”

“We should be doing better by now,” she added.

Defending the ‘surge’ of migrants (a phrase which on Tuesday she said invokes a ‘white supremacist philosophy‘), AOC claimed “This is not an invasion. US foreign policy has contributed to the destabilization of these regions…where the children are fleeing …. We have decades of interventionist foreign policies that have contributed to this issue.” 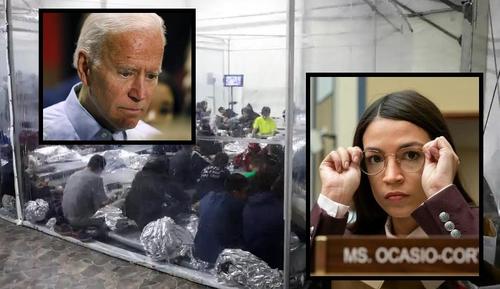 “People don’t want to talk about it but then they want to act like this is brand new every time,” she added.

AOC then suggested that Biden is trying to solve the problem – instead of blaming him for sparking it with campaign promises of a safe haven for illegal immigrants if he was elected.

“I’ve been in contact with the Biden Administration personally. What is different is they’re trying to figure out … how to find the resources to end his problem,” she said, adding that the crisis could get worse if the United States doesn’t address the ‘root cause’ through climate, trade, and foreign policies.

“The volume of these shifts are going to increase as droughts increase,” she confidently predicted.

We presume border facility parking lots are safe from dramatic lawmakers for the time being.

FINALLY SOMEONE WITH A SPINE! President of Chicago Police Union Defends Capitol Protesters: ‘There Was No Arson… Looting…’

“Investors Are On Their Own” – BofA Says Fed Won’t Intervene On Rates, Fears 1987 Replay