After Hyundai shares rose nearly 19% overseas on the heels of news that the automaker had reportedly been in talks with Apple about producing a self-driving vehicle, the company issued a statement backing away from the earlier report and saying it had been contacted by “a number of potential partners” for EV development on Friday morning. Hyundai had previously mentioned Apple’s name and confirmed talks before backing away.

Hyundai instead said Friday morning “it received requests for potential cooperation from a number of companies,” according to Bloomberg. EV stocks in the U.S. responded to the news in pre-market trading, with names like Tesla, Nio, Xpeng and Workhorse rising across the board. 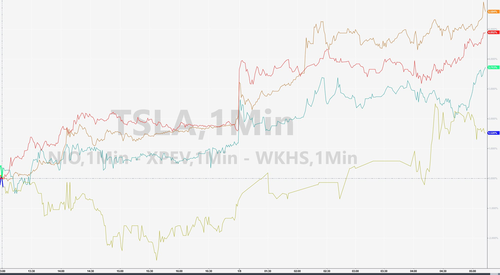 Previously, on Thursday evening, it was reported that an internal discussion at Hyundai about a partnership with Apple had already been complete and was awaiting the Chairman’s approval. Hyundai and Apple were reported to be working on Apple Car production, self-driving and battery development together.

The news appeared to be somewhat amended by Engadget on Thursday night, who reported that Apple was speaking to several different automakers, not just Hyundai:

“We understand that Apple is in discussion with a variety of global automakers, including Hyundai Motor. As the discussion is at its early stage, nothing has been decided.” 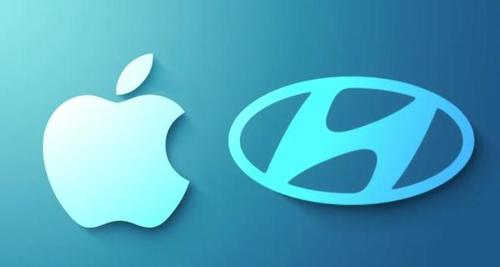 Professional lagging indicator Dan Ives at Wedbush published a note early on Friday morning stating that “Hyundai could be the first electric-vehicle partnership for Apple” and “that it expects the tech giant to ultimately announce electric-vehicle strategic partnership this year,” according to Bloomberg.

Ives said Apple has a 35% to 40% change of Apple unveiling their own car by 2024 despite the “Herculean” hurdles involved, including battery technology, financial implications and regulatory red tape. He calls it a “smart” strategic move for Apple and said that a “larger strategic partnership with an established electric-vehicle player like Tesla or Volkswagen would be a ‘golden’ partnership for the next decade”.

Earlier in the day on Thursday, news broke that an Apple Car was “at least” a half decade away.