According to The Verge, Apple opted for fragile flex cables instead of beefier wires for its screens on MacBook Pro models in 2016. The new lawsuit, filed in the US District Court for the Northern District of California, is over the MacBook Pro developing “stage light” issues at the bottom of the screen, eventually leading to a complete failure. 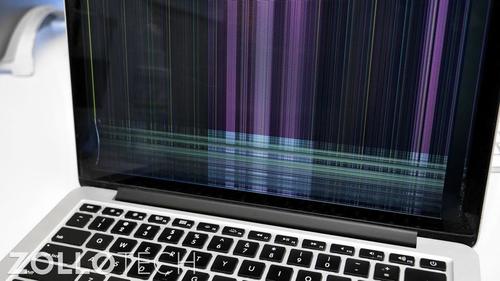 Law360 reports that US District Judge Edward Davila decided this week to allow the “flexgate” lawsuit to move forward, ruling that Apple knew it was selling defective MacBook Pros.

US District Judge Edward Davila determined that the consumers’ allegations of Apple conducting intensive pre-release testing, which the consumers say was conducted by a team of “reliability engineers” who carried out stress tests and other procedures that would have alerted Apple to defects behind the display failures, sufficiently demonstrate that Apple was aware of the alleged defect.

The judge added that consumer complaints concerning the alleged display defect also would have put Apple on alert.

“The court finds that the allegations of pre-release testing in combination with the allegations of substantial customer complaints are sufficient to show that Apple had exclusive knowledge of the alleged defect,” the judge wrote in his opinion.

The problem that Apple incurred was that it switched to a thinner ribbon cable in the affected models that would result in a tear and eventual failure of the screen. The problem was so widespread, consistent, and infuriating to tens of thousands of Apple users that it was mindboggling Apple CEO Tim Cook would even allow the defective models even to be sold.

But while Cook had to please shareholders at the expense of selling defective MacBook Pros, the company ran across a significant issue to swap out the $6 cord. Apple’s design made it nearly impossible to replace. The $6 problem was transformed into a $600 disaster as Apple eventually had to replace the already sold MacBook Pro cables.

At the moment, there are nine different plaintiffs lined up for the case against Apple knowingly selling defective Macbook.