An Indianapolis man killed three adults and a child following an argument over dividing a stimulus check, according to a probable cause affidavit, viewed by CNN.

Detectives discovered that Malik Halfacre, 25, who wounded the initial victim, Jeanettrius Moore (his baby mother), was also responsible for the quadruple murder. He fled the scene with his 6-month-old daughter, the affidavit said. 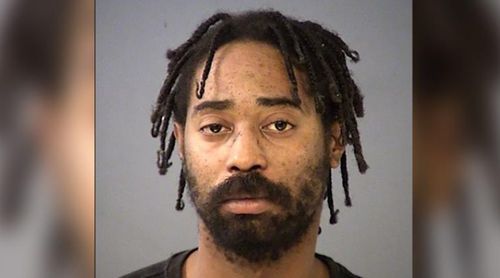 The child was found safely at a relative’s home. Halfacre was arrested Sunday evening inside the attic of another house down the street, Officer Genae Cook, a spokeswoman for the Indianapolis Metropolitan Police Department, said.

According to the affidavit, Halfacre told detectives he began arguing with Jeanettrius Moore about his stimulus check cut.

“There was an argument there that escalated to the point where he pulled out his weapon and started shooting everyone there in the home,” Deputy Chief Craig McCartt said.

Domestic violence disputes like this one come as tens of millions of stimulus checks are becoming available to working-poor Americans after President Joe Biden signed the $1.9 trillion coronavirus relief package.

Biden promised on Monday that there would 100 million stimulus checks in people’s bank accounts in the next ten days.

While there was mention in the affidavit of why Halfacre desperately wanted the government money that forced him to kill four people, a Deutsche Bank poll shows many respondents are taking the free money to buy Bitcoin and stocks.

After Allowing Antifa Domestic Terrorists to Burn the Country Down, FBI Director Wray Vows to Charge Those Who Participated in “Siege of the Capitol”