The US Army wants to field light, medium, and heavy robotic combat vehicles to prepare for future combat on the modern battlefield as part of a rapid modernization effort.

“RCV-L’s 3 and 4 were delivered to GVSC today, 2 weeks ahead of schedule. This completes the full contracted delivery of Robotic Combat Vehicle – Light in preparation for 2021 testing and experimentation,” Pratt Miller tweeted. 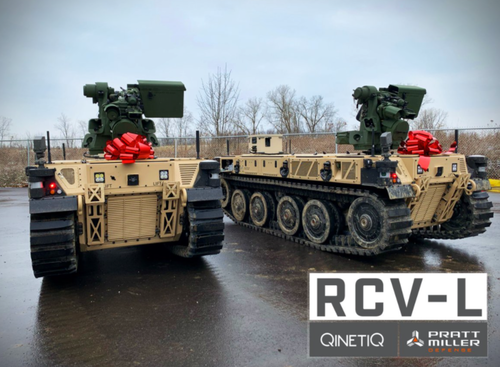 Pratt Miller partnered with U.K.-headquartered defense contractor QinetiQ. Both firms were awarded the contracts in January.

RCV-Ls can operate in human or semi-autonomous modes and are equipped with hybrid-electric motors for longer-range reconnaissance or attack missions.