AstraZeneca shares dropped to their lowest levels of the session in Europe on Wednesday, falling as much as 1.8%, after the company pulled out of a call with European regulators intended to resolve a delay in vaccine deliveries. 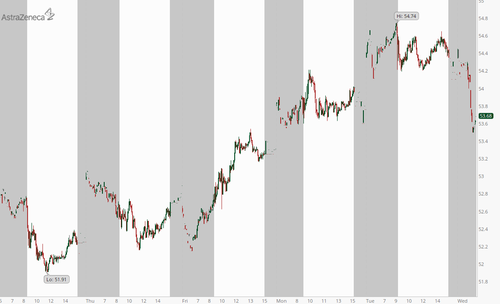 EU regulators are pressuring AZ to reconsider its decision to withhold these details because the company wants more information on what’s happening  to the planned deliveries of shots, one of the officials told Bloomberg. AZ refused to share any additional details. 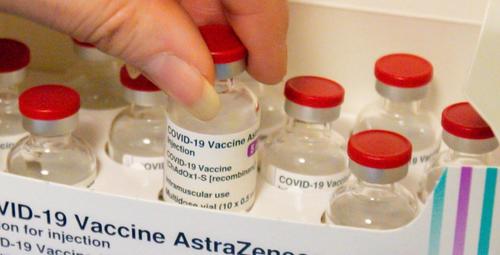 The discussions were intended to resolve the stand-off between the company and EU governments over various contract terms, accusations, and even threats made against Astra’s business. But since the company warned late last week about delays at a production plant in Belgium, the EU has reacted furiously, saying it will start monitoring exports of shots. Germany even signaled support for imposing limits on sales outside the bloc.

As the two sides continue to bicker, Astra refused to confirm whether the call is canceled.

The EU desperately wants AZ to provide more details about what’s going on, but in the meantime, the drop in AZ shares is helping weigh on the broader Euro Stoxx 600, while the euro weakened on comments that the central bank has tools to avoid any further strengthening of the currency.

The Last Time the D.C. Establishment Labeled Its Political Opposition as ‘Insurrectionists’ (and How It Taught Them About ‘National Unity’)