At Least 10 Days For Normal Shipping To Resume After Suez Blockage Removed: Vortexa

With global supply chains on the edge of fraying, we just got more bad news moments ago when Bloomberg reported that efforts to dislodge the container vessel blocking the Suez Canal will take until at least Wednesday, a longer effort than initially feared, leading to even more disruption to global supply chains for everything from oil to grains to cars. 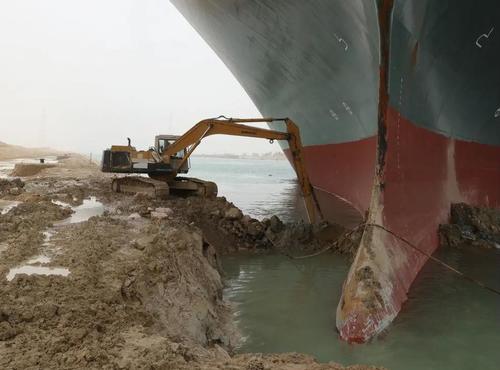 And while rescue efforts had initially been expected to last only a couple of days, the task of re-floating the 200,000-ton ship Ever Given, which is still firmly wedged across the vital maritime trade route, will require about a week of work and potentially longer, Bloomberg sources – who curiously wished to remain anonymous – said.

Yet even it the ship is moved in less time, Arthur Richier from Vortexa had some more bad news: according to the senior freight analyst, the resumption of normal shipping through the Suez Canal will likely take a minimum of 10 days after a huge ship is moved and the artery is unblocked.

NEW FROM SUEZ: Footage from the canal shows the scale of the #EverGiven blockage.@emmarossthomas reports on what’s stuck https://t.co/3ya4aKlt6X pic.twitter.com/hmWvStcZWO

There is a backlog of about 300 vessels currently and with every passing hour, the gridlock will only increase. Vessels headed to the Suez Canal are already changing course as it could take days to refloat Ever Given.

Refinitiv data shows LNG tanker Pan Americas deviated from its route in the Atlantic Ocean on Mar. 24, likely due to Suez’s developments. The tanker appears to be headed around the Cape of Good Hope. 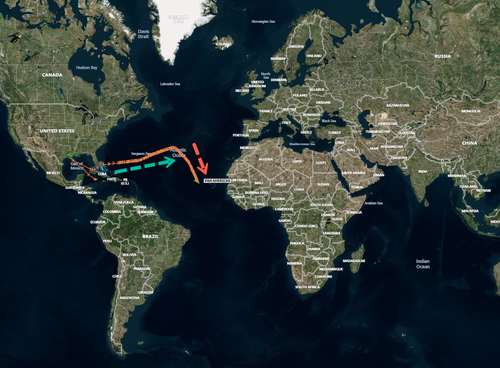 Here are the main flows that Vortexa believes will be affected by the blockage:

The good news is that according to Vortexa “it’s questionable whether the missing fuel oil, naphtha and other light ends will really have impact in Asia in the short-term” as it “could be balanced by growing pressure on the regional middle distillate market that already sees record volumes in transit; may result in VLCC bookings to Europe around the Cape of Good Hope”, although as we will note in a follow up report, JPMorgan’s Kolanovic disagrees.

On Inflation: 6 Is Really 10 And The Causes And Symptoms Are Similar To The 70s

Gucci To Accept Bitcoin, Crypto In Select US Stores