On Tuesday, Bloomberg points out that multiple weather systems are traversing the country with high accumulating snow probabilities from the Southwest to the Northeast.

A narrow corridor of highly concentrated moisture in the atmosphere, otherwise known as an atmospheric river (AR), is set to strike California by mid-week, leaving lower elevations with torrential rainfall and higher elevations in the Sierra Nevada, with feet of snow. 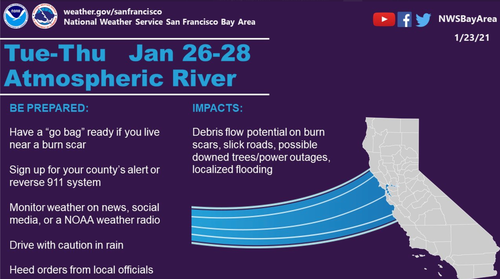 AR will approach the Golden State by midweek. The long plume of moisture in the atmosphere stretches from the Pacific Ocean subtropic will dump much-needed rain and increase the snowpack to combat an ongoing drought in the state.

The Weather Channel reports the heaviest rain this week will be observed in Northern and Central California that will start late Tuesday and continue through Thursday. Other locations, including the Bay Area southward to Big Sur and parts of San Luis Obispo and Santa Barbara counties, could see more than 3 inches of rain.

By late week, the system will shift southward toward Los Angeles and San Diego. 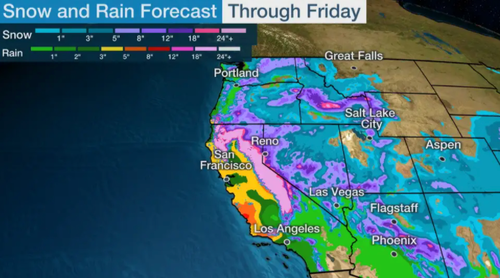 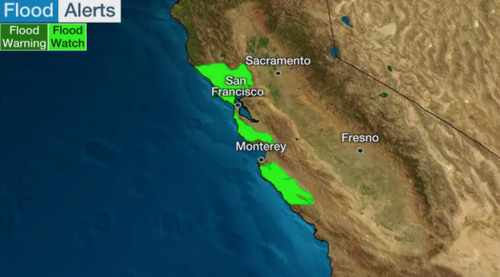 NWS has also issued high wind watches from the Sacramento Valley to the Bay Area southward to around Monterey. 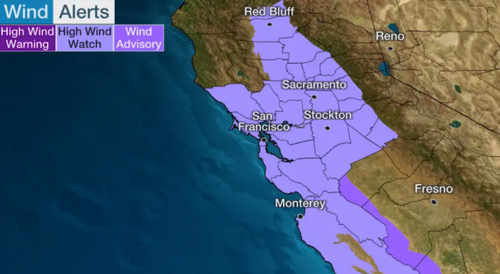 In elevations above 4,500 feet, especially in the northern Sierra, this region could see accumulating snowfall of 7 feet this week. 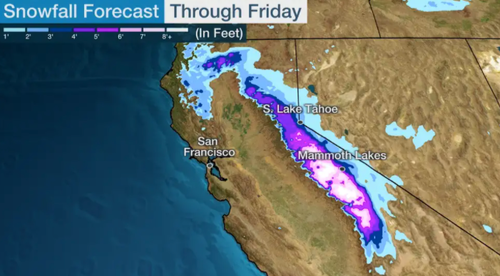 In about a week, California goes from one of the driest six-month stretches (as we noted last week) in state history to one that could potentially be very wet and snowy depending on elevations.

The Complex Global Supply Chain Of Semiconductors Explained In One Chart

The Tyranny Of The “Enlightened” Experts