Australia has pulled the trigger on its prior threats to take China to the World Trade Organization where its steep tariffs on Australian barely exports will be challenged.

“We will make this formal request to the WTO tonight,” Trade Minister Simon Birmingham announced to reporters Wednesday. “WTO dispute resolution processes are not perfect, and they take longer than would be ideal, but ultimately, it is the right avenue for Australia to take.”

Birmingham confirmed that Beijing has now been directly advised of Australia’s intention “to request formal consultations with China,” saying that the major decision came after “extensive consultation” with the country’s industry. Formal TWO disputed typically take up to at least many months or often years to resolve. 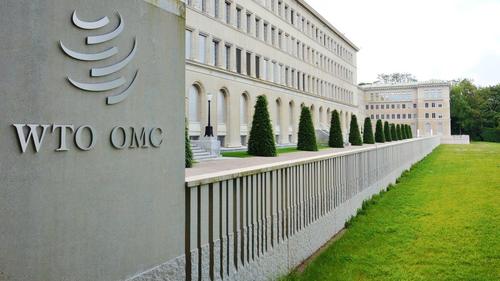 “We are highly confident that based on the evidence, data, and analysis that we have put together already, Australia has an incredibly strong case to mount,” the trade minister added.

Tariffs on Australian barley were first announced last May at a whopping over 80%, bringing the trade to its knees. Days after this Beijing blacklisted multiple major beef plants and has only increased the pressure as Australia’s number one commodities export destination, including most recently the 200% tariffs on Aussie wines.

China has shown no signs of backing down since vowing to hit back over what it dubbed as Australia “teaming up” with Washington to unfairly spotlight China as responsible for the global coronavirus pandemic.

China’s trade barriers came specifically in retaliation to Prime Minister Scott Morrison’s demand in May for an independent probe into the origins of COVID-19, and as the Wuhan Institute of Virology came under suspicion of irresponsible, high-risk research.

Meanwhile on Wednesday though China in the immediate hours following Birmbingham’s WTO announcement urged for Canberra to act to improve relations, with its foreign ministry further alleging, “The Australian side has taken some discriminatory actions against Chinese companies in violation of international practices” – it didn’t specifically respond to the declared intent to initiate WTO mediation.

Spokesperson Wang Wenbin added: “We hope the Australian side will take China’s concerns seriously and take concrete actions to correct such discriminatory actions.”

Rand Paul: The Fraud Happened; This Election in Many Ways Was Stolen (VIDEO)

Neo-Feudalism: The Great Reset Is Not Great And Not New