Authorities in Victoria, Australia have banned kissing and hugging on New Year’s Eve despite the fact that there have been no new cases of COVID-19 in two months. 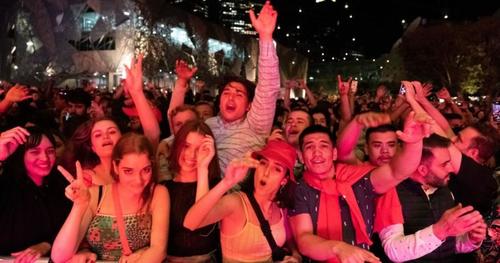 State Premier Dan Andrews said hugging and kissing should not take place during celebrations between anyone but immediate family members.

“Just as Christmas was a little different this year, New Year’s Eve will be too,” the Victorian Government said.

“Take some hand sanitiser with you, don’t share drinks with others and [new year] kisses and hugs should [only] be shared with those in your immediate family.”

Quite how authorities expect to enforce such a measure is unfathomable.

Kissing banned on NYE. The elites are just pissing themselves laughing at us now. pic.twitter.com/IFuWL76wsS

There have been no new cases of COVID-19 in Victoria for two months, but the New Year’s Eve fireworks display in Melbourne has been cancelled.

As we previously highlighted, Australians were subject to one of the most draconian lockdowns in the developed world.

A pregnant woman was arrested in her own home for promoting a lockdown protest on Facebook while authorities also made home visits to people planning to attend.

A new law would have also given police the power to arrest coronavirus “conspiracy theorists” if it was thought they may commit a crime in the future.

In October, we also highlighted how four newborn babies in Adelaide, Australia died after being denied life-saving heart surgery due to coronavirus travel restrictions.

Is Eric Swalwell The Answer To Trump’s Prayers?