With US-China relations at their lowest point in decades, one of Washington’s closest allies in the Pacific is gearing up for a potential war between the two superpowers. In an interview with Australia’s Seven News, Australian Senator Jim Molan said he expects a conflict to break out soon.

“We are likely in the next three to five years or in the next five to ten years to be involved in a war between China and the United States,” Molan said. The senator made the comments while discussing the budget and capabilities of Australia’s military. “The ADF (Australian Defense Forces) has never been better than it is now,” he said.

Molan voiced his concern over Washington’s current military capabilities, particularly the size of the US Navy. “In 1991, the US Navy was 600 warships strong. Now it’s less than 300,” he said. The politician who is a prominent voice in national political commentary is also a former major general in the Australian Army.

“It is not inevitable and if we prepare, there is a chance it will not happen,” Mr Molan told Sunrise. The former Australian Army Major-General said China has been primed for war for a “long time” as well as the US.

“They [China] are picking fights with their neighbors around the world and they have extraordinary military capability, not just in rockets and aircraft but in overall capability to do things,” he said.

Like Washington, Canberra has taken an increasingly hostile stance against Beijing in recent years, and China-Australia relations have been rapidly deteriorating. Both the US and Australia have taken steps to boost military partnerships in the Indo-Pacific with the aim of countering Beijing. 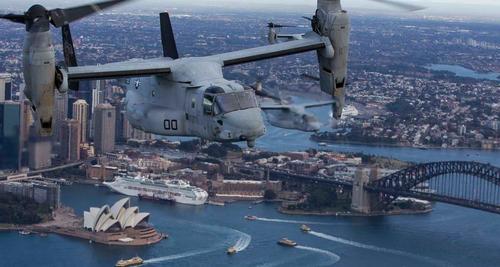 The US, Australia, Japan, and India make up the informal alliance known as the Quad. In November, Australia joined the other quad countries in the annual Indian-led military exercises known as the Malabar.

It was the first time since in over a decade that the Quad countries held military drills together.

Australia and Japan recently reached an agreement on a new military pact that will allow their militaries to operate on each other’s soil. Once the pact is implemented, it will mark the first time in 60 years that Japan allows another foreign military besides the US on its soil.

The Empirical Case For A Mask Mandate Lacks Scientific Grounding

Another Big One? New Storm Expected On Christmas Week