Bank Of America Expects 1.1BN People Will Be Vaccinated For COVID By Late 2020

If 2020 has been a year to remember, then it has also been a year filled with surprises, where nothing really worked out like investors had anticipated. Following one of the fastest wipeouts in modern history, markets around the world have rebounded and according to Bank of America, global equity market cap has topped $100TN, soaring $40TN from the lows seen in March. 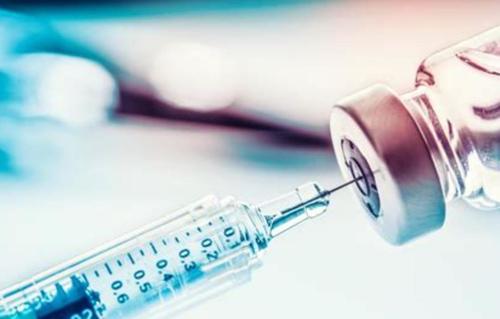 According to BofA, the rebound in stocks has been one of the strongest of the last century. 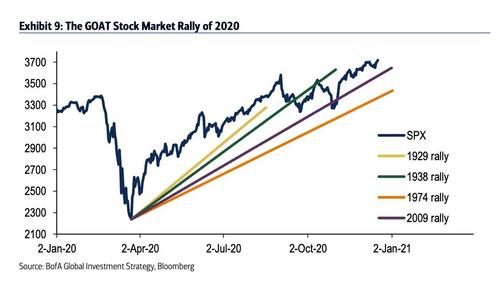 But as markets showed again on Monday, anything that upsets the outlook on the vaccination timeline, whether by calling the efficacy of vaccines into question, or by hinting at a new version of the virus that could spread more quickly (or, in theory, could kill more efficiently), can deliver a shock to markets, prompting a selloff (if a brief one).

According to official forecasts from Operation Warp Speed, some 50 million Americans are expected to have been inoculated by the end of January, according to DHHS.

Looking even further down the line, analysts at Bank of America projected that 1.1BN people will be vaccinated by the end of 2021, a figure that dwarfs the 75MM who contracted the virus – or who at least tested positive, or were diagnosed, with the virus 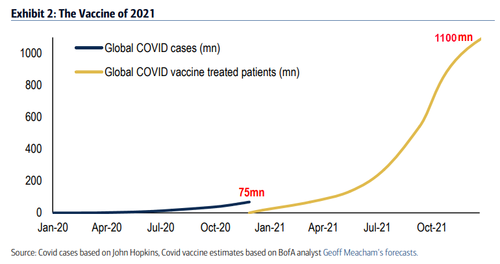 When it comes to consumer goods, inflation hasn’t been as pronounced. But as far as asset price go, valuations are so stretched… 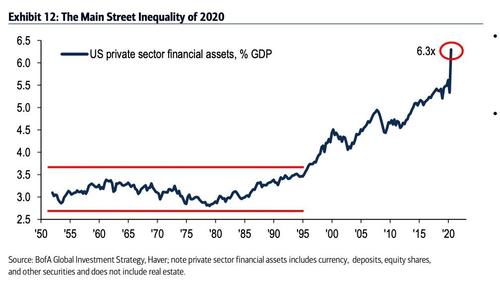 The only problem is as vaccinations continue and the US nears the 50%-70% area, the Fed will likely face some pressure from savers to start allowing interest rates to rise to benefit savers. At what point will the central bank acquiesce, feeling that the real economy is finally resilient enough to withstand a steep drop in stocks.

THEY WANT BLOOD: Mozilla Argues “More Must Be Done” to Rid Internet of President Trump and other “Bad Actors”