After a court battle that dragged on for more than a year, a New York judge shocked the investment banking community last month when they ruled that a group of Revlon creditors could keep some $500MM that they refused to return to Citi after some $900MM was accidentally transferred in what appeared to be a “fat finger”. 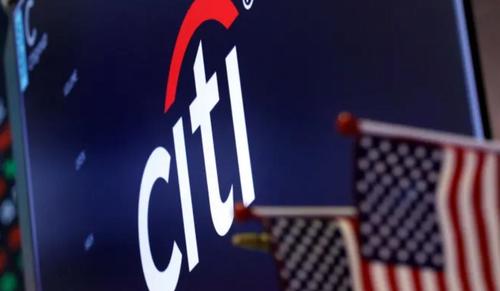 At the time, legal experts posited that the judge’s decision, which was based on quirks in New York State law, would force investment banks to reevaluate the wording of their bond covenants in all future deals, as the ruling created new risks that needed to be addressed.

It appears America’s biggest lenders have already come up with new legal terminology to be inserted into covenant agreements that would require lenders to return any accidentally transferred funds to the banks.

The legally binding clauses have been inserted into debt deals for Eagle Materials and pet supply chain Petco, among other deals, the FT reports.

Analysts who study the leveraged loan market said this is the first time in recent memory that covenant language was evolving in this way, as “erroneous payment” clauses are expected to become standard.

“This is such a rare thing that has not happened in the US leveraged loan market for a very long time at such a scale,” said Justin Forlenza, senior covenant analyst at credit research company Covenant Review, referring to Citi’s blunder.

“All the arrangers want to avoid that scenario going forward.” The covenant typically gives banks the discretion to judge whether a payment was mistakenly made and to demand its repayment as well as any interest from the date that the funds were received.

Banks typically offer administrative services through which they co-ordinate the payment of coupons and other “back office” tasks related to debt deals. JPMorgan was lead arranger for Eagle Materials and Mesa Laboratories while Citi led Petco’s deal. Both banks declined to comment.

But these new clauses have only been spotted in US deals so far, which is hardly surprising since the ruling was based on precedent and New York State law.

The accidental payment protection has so far been spotted only in US documents, according to Steven Hunter, chief executive of 9fin, who said it may be because of a quirk of New York’s law which allowed Revlon’s hedge fund investors to keep the accidental transfer.

US District Judge Jesse Furman said 10 asset managers for the lenders, which include Brigade Capital Management, HPS Investment Partners and Symphony Asset Management, don’t have to return more than $500 million that Citibank said it mistakenly transferred in August while trying to make an interest payment.

Citi is now seeking to punish these firms and any others who withheld mistakenly transferred money by excluding them from future debt deals, according to Bloomberg.

Peter Schiff: Bernie Madoff Could Have Been Fed Chair Or Treasury Secretary

BREAKING: Trump to Hold Sendoff Ceremony at Joint Base Andrews on Wednesday Morning at 8 AM