A New Hope… Misses The Obvious

“It’s not fair to take it away from us like this..”

Welcome to the New Year – may it be a brave and hopeful one for us all.

I’m starting the New Year wondering if the Malicious Market Gods have launched the planet on to a new more vomit-inducing loop of the rollercoaster?

It feels like we’ve become anaesthetised and insensitive to shock.. The bizarre has become normal and we simply shrug it things that would have seem impossibly improbable just a few years ago. We forget the lessons of the past – thus are doomed to repeat them. I can’t fathom some of the headlines: Bitcoin soared to $34500 on the third day of the new year, and proponents snake-oil salesmen sagely proclaiming it’s headed for $100k by year end. Donald Trump is still plotting to hold the White House, yet Republicans still support him. Brexit got done but didn’t. The ECB is going to focus on climate change. And markets look set to rise and rise and rise and rise….

Whoa.  Hand me a bottle of common sense….

The end of the old year and the beginning of the new is the traditional time to address fundamental questions about future returns, risk, value and the economic outlook.  Jan 1st is just another date, and these are concepts investors should be constantly questioning. Everyone is determined that 2021 will be a better year! Which the market takes to mean – going higher… 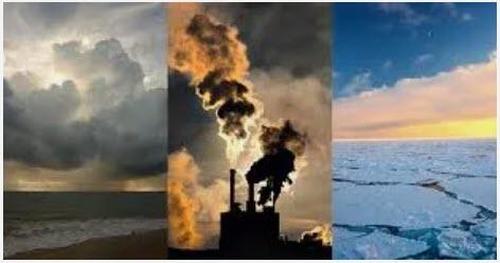 As the narrative develops, the outlook changes. A new time frame leads to an increased danger of confirmation bias, misreading the lessons, and reinforcing false-positive highlights. Which is why I’m concerned the overly rosy market “past performance in 2020” is setting us up for a nasty rash of reality in the coming 12 months.

There you go.. in my very first paragraphs of the New Year I’m sounding bearish! I’m not. I’m merely reminding readers of the possibility that all that glitters is not necessarily gold.

I fully expect 2021 will see a sharp recovery and uptick in global economic activity. Successful vaccination programmes and repressed consumer demand will drive massive discretionary spending, but drive up retail debt to pay for it. Governments will keep their fingers on the fiscal boost button, and the money presses busy, to sustain economies through to the end of the pandemic and beyond. As money seeps into the real economy – which hasn’t happened despite years of QE – inflation is a distinct possibility.

There will be good news, and bad news to balance it. Consequences are inevitable. Reflating the global economy creates new risks that will need to be addressed; the years of too low interest rates, inflation, and mismatched risk returns.

Whatever we’d like to believe about markets hitting record highs in 2020, the reality is the whole global economy remains rattled to the core and will remain excessively juddery and vulnerable till vaccinations beat the pandemic: a) Vaccines will only be effective if people are vaccinated, and b) they are already proving logistically more difficult than blithe politicians expected. It might take longer than the market is currently pricing in.

If there was a lesson in 2020, it was resilience – just how effectively companies and governments were able to address the crisis in terms of managing/muddling through it. Whatever you think of poor government responses and bureaucratic delay, it could have been much, much worse. (It’s been a trade-off between swamped health services versus economic activity – a classic compromise.)

Despite the ongoing brush with financial mortality, markets begin 2021 at never so high levels – which means they’ve never had so far to fall.

The upside is they are still massively supported by zero rates, the money flooding markets from QE and stimulus, and the Pavlovian “buy any dip” because of the fiscal and monetary support. The world’s 2,000 or so billionaires got $1.9 trillion richer in 2020 as financial asset prices soared on the back of government largesse supporting markets. 50% of the US stock market is owned by the richest 1%.

What’s the downside? Whatever nonsense you’d been reading over your Christmas calorie fest about potentially limitless future investment gains, I reckon this is likely to prove a very difficult year for markets as the global picture morphs from corona-panic to expectation of recovery. A cosmetically more positive environment may well trigger some surprising outcomes – including a return of common sense.

Last year was about reacting to a shock and the response to it. The key market reaction was to arbitrage the massive government and central bank support. That became sell-fullfilling after the speed of the Spring Rally. This year will be about normalisation – and the markets have repeatedly shown themselves highly allergic to normalisation. Reduced stimulus in the face of real growth could we shock us all!

The amount of money chasing markets through 2020 drove some pretty wild speculation. I won’t bother mentioning that Tesla failed to hit its 500k car delivery target, yet is worth a multiple of the rest of the auto sector which profitably sells 26 million cars. I won’t waste time arguing against the $400k target one analyst ascribes to BC.

Instead… I will simply ask: if this year is about economic recovery and growth are investors more likely to focus back on the real issues: the fundamentals of risk and return, growth and profits. I suspect so.

Meanwhile, there also some key long-term plays and themes underway:

Does the UK’s successful Brexit deal mean it’s time to buy the UK? The investment banks and analysts all think so, and expect surging confidence to drive up the value of underperforming UK Inc. But what about the chances UK Inc breaks up? The Scottish Election in May 2021 is going to be the next critical moment: the likelihood the SNP takes an absolute majority with a sizable majority of the Scottish electorate in favour of independence will be an unparalleled challenge to perceptions of the UK.

Does the corporate debt splurge, zero returns and massive stock over-valuations mean it’s time to diversify out of traditional financial assets and into alternative and private assets with better risk/return profiles?

As sovereigns spend their way out of crisis, either rip up your Reinhart and Rogoff debt-to-GDP orthodoxy, or figure out the reality that ultra-low interest rates are crushing real growth. Concerns on just how damaging the low-rate/rising debt levels are, and the absolute low levels of returns and overpriced stocks, means investors have to look wider for returns.

I’m expecting “Alternatives” (my real-job as opposed to my ramblings in the Porridge) in terms of private debt and hybrid private equity transactions to be the major growth market this year. There are a number of fascinating “Distressed Covid” opportunites in real assets out there, plus a large number of potentially high return private deals to be funded.

Do the travails of Jack Ma and Alibaba over December stand as a stark warning against an investment pivot to Asia? (Alibaba has been my worst performing position this year..) How should investors weigh the China risks: Hot/conflict with the West? ESG fails on surveillance, freedom, Uighurs and Hong Kong? When a nation is willing to chuck a reporter into jail for 4 years for simply reporting facts on Coronavirus – you have to wonder. The crash in Asian Tech stocks during the Christmas/New Year markets was impressive – breaking all kinds of key support lines and the 50 day moving averages.

The themes above are all largely visible threats. Many market analysts say Covid has accelerated a Technological shift, while others believe the ease with which Sovereigns have raised borrowing and spending means it’s time to reassess the role of the State. The shift from monetarist Shareholder Capitalism towards more socialised Stakeholder Capitalism and the importance/role of ESG will continue to develop….

BUT BUT BUT… It’s the “no-see-ums” that inflict the crushing market shifts. Last year it was a long-expected virus that exposed how unprepared we are. Maybe nothing happens in 2021, or maybe it’s a supervolcano, a climate event, a meteor, or something we create ourselves like a war or political meltdown.

Or maybe its just waking up to reality? Later this week I’ll be writing up some of the reading I’ve been doing over the break about de-carbonisation and the real-cost of renewables (especially on and off-shore Wind) and just how much we’ve been fooling ourselves about their financial viability. The big investment themes in markets and governments are rightly about climate change, green investment and decarbonisation. What if we are going down completely the wrong track?

The biggest market crashes always come because we jump on board bandwagons, assuming someone else has done the work… when it become clear stocks are overvalued, or homes aren’t worth that much, that lithium batteries are a dead-end, or that windfarms make zero economic sense… these are the No-See-Um moments when markets stumble….