After the Trump Justice Department sued Yale following the results of a 2-year Civil Rights investigation which found “long-standing and ongoing” race-based discrimination, the Biden DOJ just dismissed the case without explanation.

In October 2020, Yale was sued by the US after a 2-year Civil Rights investigation revealed “long-standing and ongoing” race-based discrimination.

The Biden DOJ just dismissed the case without explanation pic.twitter.com/h4iYxFflU8

On Wednesday, prosecutors submitted a notice to drop the case in the US District Court in the District of Connecticut, calling the dismissal “voluntary.” 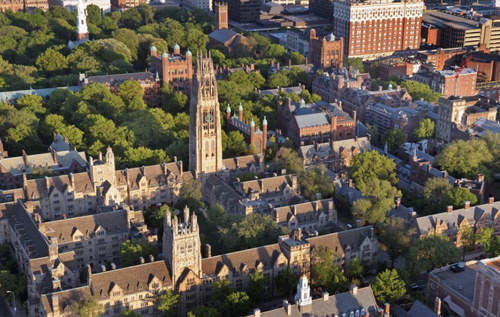 The Trump DOJ had argued that the Ivy League university had violated federal civil rights law for “at least 50 years,” by favoring Black and Hispanic students over Whites and Asians, according to The Hill.

The legal battle represented one of the Trump administration’s moves to challenge affirmative action programs aimed at increasing diversity on campus, which some conservatives consider unfair and illegal.

Yale, which staunchly defended its admission practices, praised the DOJ’s decision to drop the case in a statement, saying it was “gratified” by the decision. –The Hill

“Our admissions process has allowed Yale College to assemble an unparalleled student body, which is distinguished by its academic excellence and diversity,” argued the university. “Yale has steadfastly maintained that its process complies fully with Supreme Court precedent, and we are confident that the Justice Department will agree.”

The Trump administration notably instituted several measures to prevent universities from considering race as a factor during admissions, even joining a similar lawsuit against Harvard University.