Authored by Jack Cardillo via The Epoch Times,

“While we can agree that there are several ‘common sense’ and long overdue changes needed to our nation’s gun laws, we firmly believe that the path forward should be focused on supporting and protecting responsible, law-abiding Americans – not criminalizing and punishing them,” the U.S. Concealed Carry Association said in a letter to Biden this week.

The group – which, according to the group’s website, has about 556,000 members – said the president’s push for gun control on the anniversary of the Parkland, Florida mass shooting was needless.

“The U.S. Concealed Carry Association exists to help responsible Americans avoid danger, save lives, and keep their families safe, and we believe that our elected leaders in Washington have an incredible obligation to pursue these same goals,” the group added.

The group noted that in 2020, a significant number of people purchased firearms in the midst of historic riots and the COVID-19 pandemic. 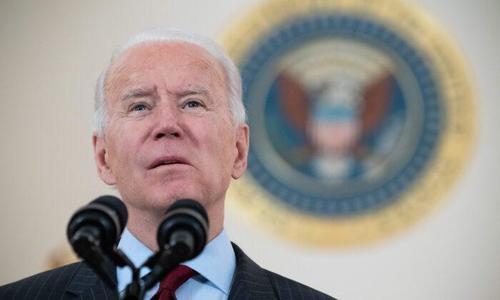 The FBI stated last month that it processed a record 39.7 million firearm background checks in 2020, which bested the previous high of 10 million. Reports said that as many as 8.5 million purchased their first firearm in 2020, according to the National Shooting Sports Foundation. Meanwhile, a number of gun and ammunition manufacturers reported shortages amid the surge in demand.

Biden earlier this month said that he would push Congress to enact more gun control measures, including allowing gun manufacturers to face lawsuits, banning “assault weapons,” and placing bans on high-capacity magazines. His pick for Attorney General, Merrick Garland, told lawmakers on Monday that he would support the White House’s stance on gun control.

“This Administration will not wait for the next mass shooting to heed that call. We will take action to end our epidemic of gun violence and make our schools and communities safer. Today, I am calling on Congress to enact commonsense gun law reforms, including requiring background checks on all gun sales, banning assault weapons and high-capacity magazines, and eliminating immunity for gun manufacturers who knowingly put weapons of war on our streets,” Biden said earlier this month.

Pro-Second Amendment groups have noted that the term “assault weapon” has a nebulous meaning, with some saying that it is a made-up term that was invented by the anti-gun lobby in the 1980s. “Assault rifle” is a term sometimes used by the military to define a rifle that has select-fire capabilities, or the ability to switch between semi-automatic or fully automatic. For example, the much-derided AR-15 doesn’t have select-fire capability and only operates as a semi-automatic rifle.

The U.S. Concealed Carry Association further added that “record numbers of Americans have been purchasing firearms to keep themselves and their loved ones safe,” adding that “women and minorities are now leading the way as the fastest-growing groups of concealed carry permit holders in the country.”

“But I will say that the president is somebody, throughout his career, who has advocated for smart gun, smart gun safety measures,” press secretary Jen Psaki said earlier this month. “He is not afraid of standing up to the NRA – he has done it multiple times.”

The letter was first obtained by the Washington Examiner. The Epoch Times has reached out to the White House for comment.

“Civilization May Not Survive” – George Soros Tells Davos Crowd, Defeat Putin (And Xi) Or Else

We can’t trust the renewed “polio vaccination” push. Here’s why.