It was belatedly revealed late Tuesday that North Korea had fired two short-range cruise missiles off its west coast into the sea on Sunday morning, according to confirmation by South Korea’s Joint Chiefs of Staff (JCS).

The details given are as follows: “Sunday morning, the 21st, [authorities] spotted two suspected cruise missiles in the Onchon, South Pyongan area,” the military said, underscoring that it knew about the test in real-time. Though it’s the first such missile test during the Biden administration, all sides appeared to downplay it, including the White House which dubbed it “normal activity”. A senior administration official told the press, “We see this action in the category of normal activity.” 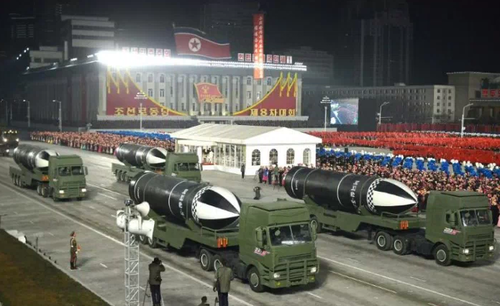 Describing the unusual scenario of the information not being made public about the ‘mysterious test’ ABC News writes:

Curiously, neither North Korea nor South Korea had acknowledged the firing of the two missiles immediately on Sunday as is routinely done by both countries. North Korea typically discloses launches to promote its technological advances, while South Korea provides quick updates to highlight their provocative nature.

It also could be that given the White House is busy ratcheting tensions with China and Russia via a series of sanctions – and even pre-announced cyberattacks – the US administration is content to look the other way for now and not open up yet another foreign policy row .

Downplaying is precisely what the above-cited admin official sought to do, saying further, “North Korea has a familiar menu of provocations when it wants to send a message to a U.S. administration,” but that “Experts rightly recognized what took place last weekend as falling on the low end of that spectrum,” according to ABC.

President Biden himself appeared to laugh it off when asked by a reporter Wednesday: “Do you consider that to be a real provocation by North Korea?”

“No, according to the Defense Department, it’s business as usual.”

“There’s no new wrinkle in what they did”

When asked if it impacts diplomacy, Biden simply laughed at the question and walked away.

REPORTER: On North Korea: Do you consider that to be a real provocation by North Korea?

BIDEN: No. According to the Defense Department, it’s business as usual. There’s no new—there’s no new wrinkle in what they did.

REPORTER: Will it affect diplomacy at all?

It was only a little over a week ago that Pyongyang had also issued its first direct threat against Washington since Biden entered office. The powerful sister of Kim Jong Un, Kim Yo Jong, warned the United States it must “refrain from causing a stink” if it desires to “sleep in peace” over the next four years.

“If it wants to sleep in peace for coming four years, it had better refrain from causing a stink at its first step,” she was cited as saying in state media.