President Biden told House Democrats on Wednesday that he vows not to “break his promise” to deliver $1,400 stimulus checks – though he’s open to a means test to set ‘tighter income limits’ on who can receive them. Biden’s sign-on to means testing increases the chances that Senate Democrats will bypass pass Republicans – passing their own stimulus bill via budget reconciliation, as Sen. Joe Manchin (D-WV) – who was seen as a key swing vote, may sign on due to the targeted relief. 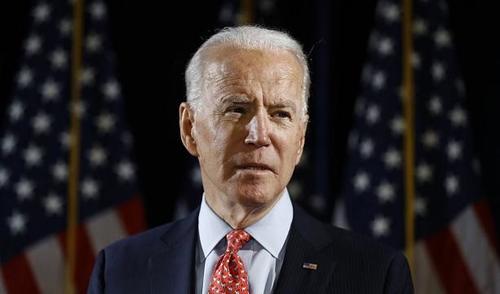 “I am not going to start by breaking a promise to the American people,” said Biden – who notably broke his promise that $2,000 checks would go out ‘immediately’ if he’s elected – which Democrats have spun as $1,400 added to the $600 relief under Trump, which equals $2,000.

You understand that they’re going to run this video of @JoeBiden promising “$2000 stimulus check, that money that will go out the door immediately to help people who are in real trouble” endlessly, don’t you @TheDemocrats? pic.twitter.com/qgn95qMh4j

The US government handing out ‘$2000’ stimulus checks… pic.twitter.com/doVWPPzt09

Biden also told House Democrats that the idea of going from his $1.9 trillion proposal to the GOP’s $618 billion proposal is “not even in the cards.” The GOP counterproposal includes $1,000 checks sent to far fewer Americans.

“We’ve got a lot of people hurting in our country,” said Biden, adding “We need to act fast.”

On Wednesday, Manchin told MSNBC that he “strongly” opposes using reconciliation to pass Biden’s $1.9 trillion plan. On Tuesday, voted to begin debate on a 2021 budget resolution, but noted that he “will only support proposals that will get us through and end the pain of this pandemic.”

Senate Majority Leader Chuck Schumer (D-NY), meanwhile, said that Janet Yellen warned Democrat lawmakers in a call that the GOP’s plan for a smaller deal risked repeating the mistake in 2009, however Bloomberg notes that “The one thing that may put a fly in the ointment for the Biden administration is the speed at which the economy is already picking up, as signs of returning growth could reduce support for a large package.”