Having heard from The White House Chief of Staff earlier that they would “fight their hearts out” to get Neera Tanden confirmed as OMB Director and White press Secretary Jen Psaki that Neera Tanden has “wide spectrum of support”, it would appear tonight that the fight is over and the support was not wide enough.

Chris Wallace: When will the WH pull the nomination of Neera Tanden to be the Budget director?

WH Press Sec. Jen Psaki: We remain committed to fighting our hearts out for Neera Tanden. We believe she is the right person … pic.twitter.com/aqT3Nfexif

The Washington Post reports that The White House plans to withdraw the nomination of Neera Tanden as director of the Office of Management and Budget as early as Tuesday evening, according to people familiar with the matter.

As we previously detailed, Tanden was facing bipartisan opposition from senators due to past comments she made on her Twitter feed.

As a reminder, here is what Glenn Greenwald wrote of the Tanden nomination in November:

The announcement that Joe Biden intends to nominate Neera Tanden as his Director of the Office of Management and Budget — a critical position overseeing U.S. economic and regulatory policy — triggered a wide range of mockery, indignation and disgust from both the left and the right. That should not be surprising: though a thoroughly mediocre and ordinary D.C. swamp creature from the perspective of both ideology and competence, Tanden’s uniquely unhinged, venomous, corrupt and pathologically dishonest conduct as a Clinton Family and DNC apparatchik and President of the corporatist-and-despot-funded Center for American Progress (CAP) has earned her a list of enemies far longer and more impressive than her accomplishments.

When news of her appointment broke, many of the journalists and activists she has spent years abusing, slandering, and lying about instantly stepped forward to compile just some of her worst political and behavioral lowlights. And some preliminary signs emerged that she might encounter difficulty in obtaining the Senate confirmation needed for her to assume this position. The Communications Director for GOP Senator John Cornyn of Texas announced that “Tanden stands zero chance of being confirmed” by the Senate.

Former Sanders campaign aide David Sirota hypothesized that “it is not a coincidence that they are putting Neera Tanden — the single biggest, most aggressive Bernie Sanders critic in the United States of America — specifically at OMB while Sanders is Senate Budget Committee ranking/chair.”

Tanden, president of the John Podesta-founded Center for American Progress, has come under fire for a series of now-deleted tweets promoting the Russia hoax as fact, denigrating political foes, and other statements which Manchin deemed ‘overly partisan.’ 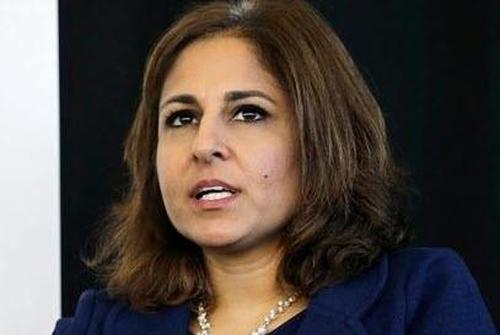 So no $15 Minimum Wage and no Neera Tanden?

That awkward moment where a reporter asks Biden Press Sec Jen Psaki why the Biden Administration is fighting harder for Neera Tanden’s confirmation than it is to raise the minimum wage. Briahna Joy Gray @briebriejoy & I break it down. https://t.co/ehnoy2cRRm pic.twitter.com/qYi1RHadrx

Russia-Ukraine Tension: The Current Stand Off And Potential Impact