Biden Runs Into ‘Most Important Person You Don’t Know’

Authored by Philip Wegmann via RealClearPolitics.com,

Introductions were in order just four years ago.

Republicans controlled not just the White House but also both chambers of Congress, and even in that moment of unified government at the beginning of the Trump presidency, their power was not complete.

Then-House Speaker Paul Ryan was strategizing with party lawmakers behind closed doors about how to accomplish the single most defining GOP promise of the 2016 campaign: repealing the Affordable Care Act.

The person to watch in the Senate, Ryan said, was “Elizabeth.”

Do you mean, one congressman asked, the junior senator from Massachusetts, Elizabeth Warren?

As the Wall Street Journal reported at the time, Ryan was talking about Elizabeth MacDonough.

The Washington Post would go on to introduce her as the staffer who “could change the course of the health-care debate,” while The Hill later called her “the most powerful person in Washington few have heard of.”

Politico summed up the story by calling the parliamentarian “Obamacare’s little secret.” 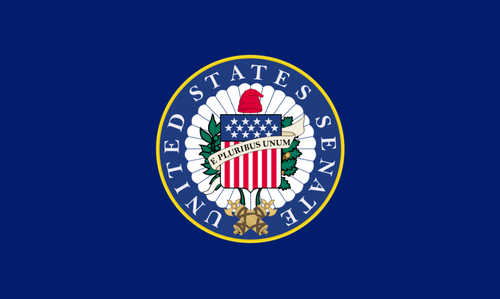 The sudden interest in the obscure official was because the parliamentarian determines which laws can be repealed (or passed) using budget reconciliation, the procedure by which the Senate can avoid a filibuster and allow legislation to pass by a simple majority.

This makes the parliamentarian the powerful procedural traffic cop on Capitol Hill, as all of the headlines asserted. MacDonough stopped Republicans cold when they tried using reconciliation to repeal some provisions of Obamacare, and she might soon rule that a provision in the COVID relief bill to raise the minimum wage to $15 is out of order.

This fact has triggered a fresh case of déjà vu and prompted a telling exchange in the White House briefing room on Monday. The parliamentarian is an unelected bureaucrat while Vice President Kamala Harris is the president of the Senate. A CNN reporter asked: Would the White House like to see Harris overrule the official to deliver on a key campaign promise?

“I think our view is that the parliamentarian is who is chosen typically to make a decision in a nonpartisan manner in terms of what can be included in a package that goes through reconciliation, the proper process for this to journey through,” press secretary Jen Psaki responded.

That short answer could signal a massive bucket of cold water on progressives’ hopes.

“Let’s be clear. We can pass a $15 min wage & $2000 checks,” tweeted Rep. Ro Khanna, a close ally of incoming Senate Budget Committee Chairman Bernie Sanders. The California Democrat added that “the decision is not with Senate Parliamentarian but VP Harris, as chair. If the House passes (where we have a majority), & VP Harris rules it in, NO WAY any Senate Dem votes no on final passage.”

If progressives wind up feeling disappointed instead, conservatives can commiserate. Four years ago, it was Sen. Ted Cruz who argued that Mike Pence should disregard the parliamentarian and, as vice president, take a broader view of reconciliation.

“Under the statute, it is the vice president who rules. It is the presiding officer who makes the decision. The parliamentarian advises on that question.”

Cruz and others lobbied the White House to break with precedent, and a former senior administration official told RealClearPolitics that Pence and then-Majority Leader Mitch McConnell were briefed on the question of disregarding the parliamentarian. “Both were strongly opposed,” the official recalled.

As is true of Biden, McConnell has a strong affinity for Senate traditions and the chamber’s sometimes-arcane rules and procedures. And while the vice president remains president of the Senate, the role has largely become honorific — except for certain occasions, as former Senate parliamentarian Robert Dove explained in 2010.

“No vice president has ever tried to play a role in reconciliation. Basically, since Walter Mondale was vice president, they have kind of been co-opted by the president and given an office down in the West Wing. Their interest in playing Senate politics has become attenuated,” Dove said during a Georgetown Law School symposium.

“That has left the Senate parliamentarian in an extremely powerful position.”

The new president seems to have resigned himself to the fact that, even with control of both houses of Congress, an unelected official will decide whether or not his minimum wage increase can be passed. “My guess is it will not” be included, he told Norah O’Donnell of CBS News on Friday. “… I don’t think it is going to survive.”

One Bank Throws Up All Over The Surge In COVID Optimism