According to a report from Bloomberg, Joe Biden’s team plans to move the US closer to normalized relations with Cuba by reversing some of the sanctions and restrictions implemented by President Trump.

The report cited unnamed sources who said the plan is to reduce restrictions on travel, investment, and remittances, policies that hurt ordinary Cubans and Americans. In November, Western Union suspended operations in Cuba after new US sanctions kicked in, making it more difficult for Americans to send remittances to the island nation. 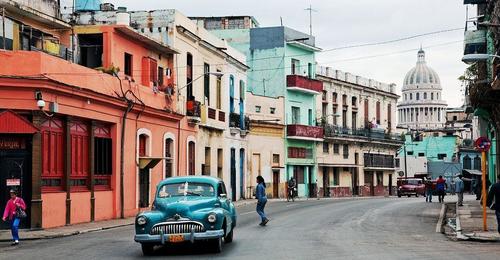 The sources said sanctions on Cuba related to alleged human rights abuses would not be lifted, which leaves a lot of wiggle room for Biden to leave some of the sanctions in place.

The scenario for Biden will be messier than simple reversals of Trump policies, notes Bloomberg:

“But the president-elect is returning to an even messier scene: the Cuban economy is suffering its worst crisis since the collapse of the Soviet Union amid fallout from Covid-19 and U.S. sanctions. At the same time, Cuban intelligence officers have helped prop up Nicolas Maduro in Venezuela, allowing his regime to consolidate its grip on power in defiance of demands for free and fair elections.”

The Obama administration made efforts to normalize with Cuba by opening diplomatic ties, loosening travel and trade restrictions, and delisting Cuba as a state sponsor of terror. But President Obama never fully lifted the trade embargo, and President Trump was able to easily reverse most of Obama’s policies.

In September, President Trump announced new sanctions on Cuba. The measures block US citizens from staying at hotels owned by the Cuban government and restrict the export of Cuban liquor and cigars.

No, Joe, Don’t Roll out the Red Carpet for Torture Enablers