Just two days after unleashing his latest immigration Executive Order, easing border restrictions and removing President Trump’s travel ban from so-called “majority Muslim” countries, President Biden will impose a ban on most non-U.S. citizens entering the country who have recently been in South Africa starting Saturday in a bid to contain the spread of a new variant of COVID-19, U.S. public health officials told Reuters. 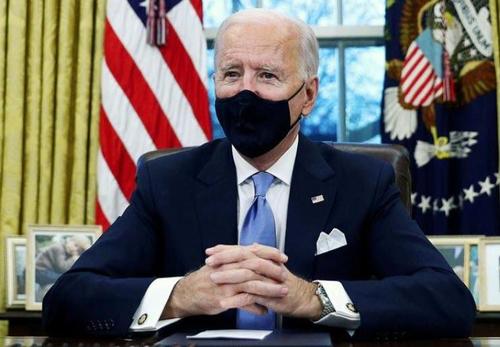 Given that 80% of South Africans are black, the natural question is – is this ban racist?

We are in the midst of a crisis with the coronavirus. We need to lead the way with science — not Donald Trump’s record of hysteria, xenophobia, and fear-mongering. He is the worst possible person to lead our country through a global health emergency.

Additionally, Biden on Monday is also reimposing an entry ban on nearly all non-U.S. travelers who have been in Brazil, the United Kingdom, Ireland and 26 countries in Europe that allow travel across open borders, said the sources, who requested anonymity because the plans have not yet been made public.

Notably, Reuters points out that the South African variant, also known as the 501Y.V2 variant, is 50% more infectious and has been detected in at least 20 countries. CDC officials said they would be open to adding additional countries to the list if needed.

The South African variant has not yet been found in the United States but at least 20 U.S. states have detected a UK variant known as B.1.1.7. 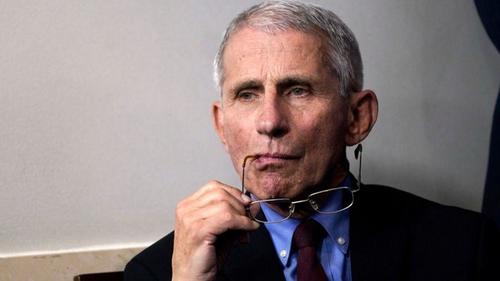 And Dr.Fauci has once again flip-flopped on that variant, now claiming that the new, more virulent strain of the coronavirus is also more deadly.

As The Hill reports, asked by CBS’s Margaret Brennan about his earlier claims that the strain, while more infectious, was apparently no deadlier, Fauci said:

“The data that came out was after they had been saying all along that it did not appear to be more deadly. So that’s where we got that information.”

“When the British investigators looked more closely at the death rate of a certain age group, and they found that it was one per thousand… and then it went up to 1.3 per thousand in a certain group,” Fauci added.

“That’s a significant increase. So the most recent data is in accord with what the Brits are saying. We want to look at the data ourselves, but we have every reason to believe them. They’re a very competent group.”

Fauci went on to say Americans “need to assume now that what has been circulating dominantly in the U.K. does have a certain increase in what we call virulence, namely the power of the virus to cause more damage, including death.”

And worse still, Fauci warned separately that “in some cases [the South Africa strain] diminishes the efficacy of the vaccine” but the vaccine was still generally effective.

VIRUS MUTANTS: Dr. Anthony Fauci tells @margbrennan that the #Covid19 variant found in South Africa has a “negative impact” on some antibody therapies.

In *some* cases it “diminishes the efficacy of the vaccine,” but he stresses that the vaccine remains effective over all. pic.twitter.com/u7u4pl2ckO

Has he been ‘liberated’ to give us this advice? Or is this making up for his awful admission last week that the Biden administration is NOT “starting from scratch” and that the Trump administration (of whose COVID Task Force he was a major part) actually did something.

Either way, as hospitalization rates, case increments and deaths slow dramatically – despite Biden’s “worst is yet to come” comments – there is always room for more fear, just as the indoor dining bans are lifted across various blue states…