Biden’s “One Horse Pony” Problem: Why The Hunter Biden Scandal Is No Dead Horse

President-elect Joe Biden has a pony problem. During the primary, Joe Biden bizarrely responded to a woman who asked why voters should believe that he could win a national election by saying “You’re a lying dog-faced pony soldier.” That encounter came to mind when Biden this week mocked Fox reporter Peter Doocy, who violated the virtual news blackout on the Hunter Biden story. by asking about the scandal. Biden immediately walked off stage and then stopped and said “Yes, yes, yes. God love you, man — you’re a one-horse pony, I tell you.” 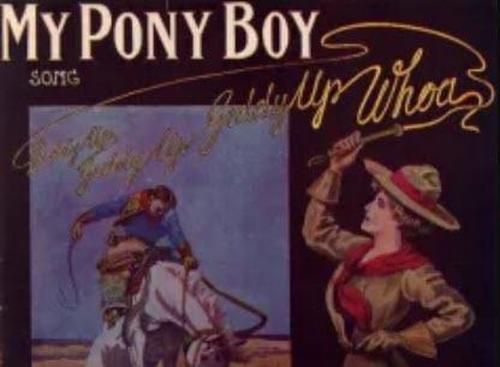 Like many kids this Christmas, many voters are still angling for a pony. Biden has spent months mocking the Hunter Biden story – and anyone asking about it.  When CBS News reporter Bo Erickson asked Biden about his son’s scandal, Bo Erickson drew a similar rebuke from Biden.  He simply asked ‘Mr. Biden, what is your response to the New York Post story about your son, sir?’ Biden’s response was again a personal attack: “I know you’d ask it. I have no response, it’s another smear campaign, right up your alley, those are the questions you always ask.” Biden also blew up at a question that referred by the scandal by a NBC reporter and at a Fox reporter who asked about his son.

It is just not working.

The media openly worked to bury the Hunter Biden scandal before the election, but the ponies keep finding their way back. The problem is when you one reporter like Doocy who refuses to be corralled and insists on an answer to a serious question.

The question last week was a good one.  Doocy yelled out “Mr. President-elect, do you still think that the stories from the fall about your son Hunter were Russian disinformation and a smear campaign like you said?”  Biden’s response of “yes, yes, yes” seemed to continue a discredited claim (indeed, “disinformation”) put out by figures like House Intelligence Committee Chairman Adam Schiff who assured the pubic that the allegations against “this whole smear on Joe Biden comes from the Kremlin.” Some 50 former intelligence officials, including Obama’s CIA directors John Brennan and Leon Panetta, also insisted the laptop story was likely the work of Russian intelligence. Cable hosts and journalists laughed at the laptop story as fake news to justify the blackout on coverage before the election.

Then the pony showed up again. After the election, it was confirmed (as some of us discussed in columns before the election) that Hunter Biden is under federal investigation. The laptop appears to be genuine. The emails appear to be genuine. And Doocy continued to ask the obvious questions.

Biden is still hoping that he can continue to mock and the media will continue to do the rest.  One reporter yesterday did raise the scandal but only to ask if Biden discussed it with Attorney General candidates (the campaign already said that Biden was going to allow the Justice Department to reach its own conclusions).  There are other obvious questions, including whether a key business associate of the Bidens, Anthony Bobulinski, is lying. Either Tony Bobulinski or Joe Biden is lying. Bobulinski is repeatedly praised by Hunter Biden in the emails and identified as the person in control of transactions for “the family.” He has directly contradicted Joe Biden’s denial of any knowledge or involvement in his son’s dubious dealings.

There is a reason why Biden may not want to answer that question. If he calls Bobulinski a liar, Biden would be hit with a defamation lawsuit within days. He would then be forced to go under oath in a defamation. Such depositions present their own dangers. Just ask Bill Clinton.  So it is not a pesky pony but a sworn deposition that Biden may be trying to avoid.

The same problem exists on other questions.  For example, not only were Joe and Jill Biden included as “office mates” with controversial Chinese investor (and associate of Hunter) Gongwen Dong, but emails also refer to unsecured loans going to the Biden family and shares going to “the big guy.”  The “big guy” appears to be Joe Biden. Moreover, Biden spent the election denying that his son did nothing wrong and made no money from China. The question is when Biden learned of the federal investigation and whether he was aware of the dealings over multimillion dollar unsecured loans (as well as alleged gifts like a valuable diamond to his son).  Answering those questions falsely could trigger congressional investigation and then more ponies would show up.

That is the problem with a bunker press strategy of denial and isolation.  Like water, truth has a way of coming out. Clearly many in the media will continue to be in the bag for Biden. However, horses tend to gather where the water is found.  First, there was one pony (Doocy). Then another showed up (Erickson). Before you know it, you have a herd and a threat of a stampede.  Then it could be too late.

In mocking comment to Doocy, Biden was clearly trying to say a “one-trick pony.” That trick however was once called “journalism” back in the day when reporters doggedly demanded answers, particularly on questions like influence peddling. So many of us still hoping for ponies – and even some answers – for Christmas.