“Biggest Storm In 5 Years?!” – More Than A Foot Of Snow Could Blanket Northeast

A powerful snowstorm will impact Mid-Atlantic and Northeast states on Sunday into Tuesday. More than 100 million people are in the path of this “monumental storm,” AccuWeather Chief Broadcast Meteorologist Bernie Rayno said over the weekend.

As we noted last week, the storm already struck parts of California with torrential rain and heavy snow, depending on altitude, due to an atmospheric river emanating from over the Pacific Ocean.

Rayno said “from the western shores of Lake Michigan, including Chicago and Milwaukee, across northern parts of Indiana and Ohio” will see 6-12 inches of snow by Monday.

By Sunday morning, the snow has already begun to fall in the Baltimore–Washington metropolitan area.

The impending Nor’easter could dump “most snowfall to Philly in five years,” said CBS Philly.

Winter storm warnings from Chicago to Richmond to Baltimore–Washington metropolitan area to New York City have already been declared. 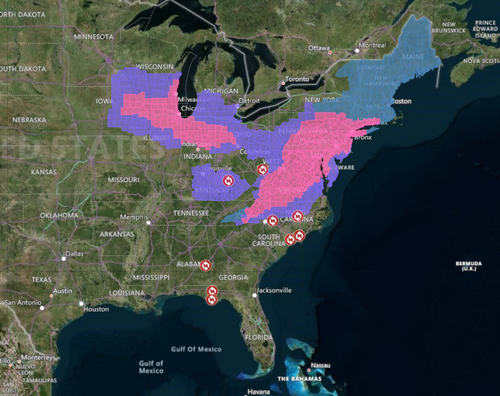 As we’ve continued to warn about this system and how impactful it could be, more accurate snow total forecast have been posted for the Northeast. 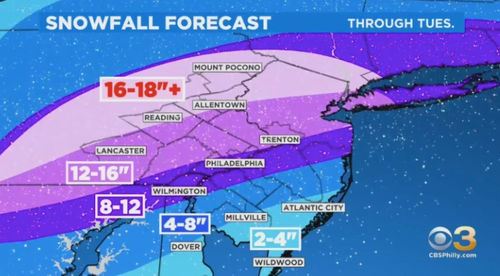 Across the Northeast, precipitation will increase in intensity overnight through Monday.

Weather models are pivoting to much colder weather in the week ahead. Meteorologists at BAMWX are forecasting “a legit colder and wintry period is coming.” 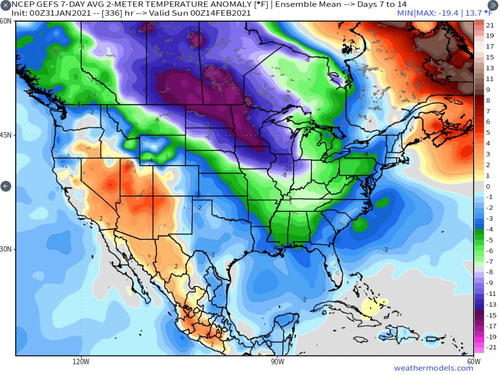 … and what does this mean for natural gas prices? Well, BAMWX models are suggesting “16-30 day outlook from Friday AM might turn out to do pretty well. This is the first time this season I’ve seen the NAEFS go cold like this in the 8-14 day. I think a legit cold & wintry pattern looms for much of February esp. from the Plains to Great Lakes to NE.” 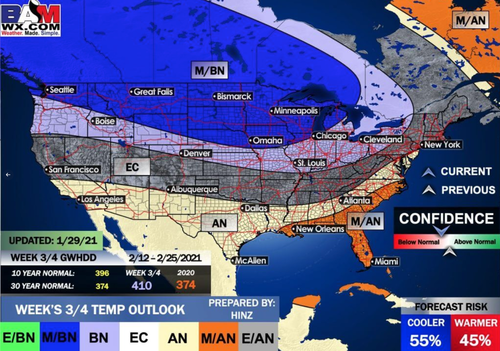 With colder weather on the way, US-Lower 48 heating degree days suggests energy demand to heat commercial and residential structures will increase in the first half of February. 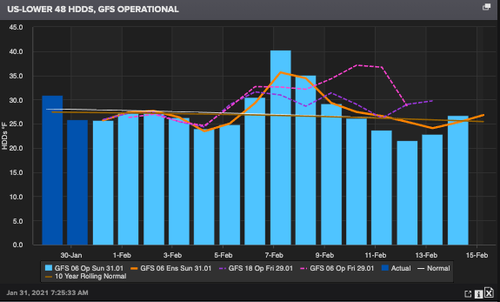 Commodity traders could certainly view the shift in cold weather as bullish.

BAMWX also forecasts a “big winter storm to track next weekend too!”

Goldman Sachs will be happy…