“The supreme art of war is to subdue the enemy without fighting.”

You could not make this up; an unimaginably complex WW3 Techno-thriller unfolding as markets stumble and global supply chains hover on the edge of anarchy. On the other hand, maybe that’s just the way it was planned. 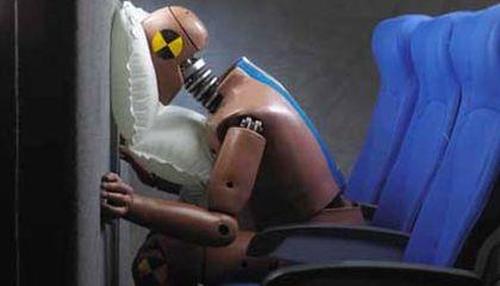 I am not one for conspiracy theories. But… this morning… If I was a writer of trashy global-techno-World War 3 pulp fiction, and proposed the following scenario where the global economy lurches into an unprecedented period of instability – nobody would believe me:

1)    Global Supply Chains, weakened and struggling after a year of global pandemic, plus a growing shortage of microchips holding back multiple industrial sectors, are plunged into new crisis by a puff of wind causing a box-ship to skite sideways and block the Suez Canal, trapping East-West Trade.

2)    Unstable and over-priced Global Markets are spooked into a frenzy late on a quiet Friday night by the largest margin calls ever ($20 bln plus) as an Asian “family office” dumps billions of dollars of stock into the market. Collateral damage spreads, as other financial firms, (inevitably including Credit Suisse (Switzerland’s very own Deutsche Bank), and Nomura), announce material losses.

3)    As global central banks struggle to restore real growth, while trying to hold interest rates low and support commerce, and acutely conscious of how a market crash could crush global confidence – things suddenly get more difficult as confidence in equity valuations takes a massive knock.

4)    Geopolitical stability wobbles after China lashes back at US criticism in Alaska, and then surprises Europe with sanctions and push back on trade deal – when many has expected China to attempt to reach out to Europe – even as it reaches out to pariah states including Iran, Myanmar and Turkey.

5)    Rumours abound of imminent China action to seize Taiwan – and the potential impotence of US fleets from the Gulf to the Pacific are targeted by long range Chinese carrier-killer missiles – further destabilising markets.

6)    Cyber-attacks across western economies, first uncovered at Solar Wind, but possibly undiscovered elsewhere, raise questions as to how much the West’s digital and financial infrastructure has been compromised.

On the basis I am an optimist, and things are never as bad as we fear, I think it all settles. Who knows? But I suspect one thing is going to become very apparent. China has crossed the Rubicon and will now longer be a rule taker. The rules have changed. China has demands.

What’s different in the above scenario is that it doesn’t necessarily lead to a hot-war. The Beijing leadership see benefit in trade, engagement and the global economy to deliver its pact of prosperity to the Chinese population. They may conclude China’s done enough to achieve its’ strategic economic objectives; parity with the west, and economic primacy across Asia.  Whether the mood turns hot or cold rather depends on how the West responds to the apparent nullification of the USA’s military hegemony achieved by China’s new missile technologies.

These new missiles are a known unknown. The latest versions of the D-26 Carrier-Killer are apparently based on the Tibetan Plateau and can take out US Carriers from the Gult to New Zealand – making any defence of Taiwan look an extremely risky call. Sending the UK’s carrier strike group into the region later this year looks… challenging.

And suddenly you are wide awake and wondering just how crazy this suddenly got…..

On Sunday I spoke with one of my old racing yacht crew who is now doing extremely well in Global Shipping. I asked if there was anything we were not being told, or what the real story of the ship blocking the Suez was. He was cagey but told me.. “If you need Garden Furniture, buy it today.”

This morning it looks like the Suez has been uncorked – the boat has been shifted – but I was asking because I reckon slowing global trade by sending it the long way round Africa isn’t just about miles and time – it’s finding the ships capable and seaworthy for the longer trip, and bunkering them accordingly. It’s not just a matter of a longer voyage. Suddenly everyone wants Air Freighters.

The key-thing is what happened on the Suez demonstrates is just how easy it would be to block the bottlenecks of global trade. Everything from consumer tat to chips would be stressed.

After Archegos Capital, the family office of tiger-cub and convicted insider Bill Hwang was forced to sell more than $20 bln of stocks in a series of block trades on Friday, this morning – its looking likely to be a risk-off day. Block equity-trades stemming from the margin-calls on Archegos will have sent the market’s spidey senses a’tingle. Who is next?

There will be flows back into the relative safety and comfort of bonds – even if they do yield nothing. In bonds there is truth, and I suspect today will confirm it’s all about fear. Over the past 10-years artificially low rates have eroded the relationship – telling investors low rates are a reason to take risk. Its low rates that have supported today’s frankly insane stock market valuations. Risk is very real again.

While Gold might be on the agenda, I’m not so sure about Bitcoin. The Chinese have made it quite clear they will digitise the Yuan.

Today’s moves will likely also reflect a Q1 rebalancing of bonds vs equities holdings– which have been distorted by the relative yields on asset classes. But I suspect it will just be the start of a trend. Just how big has unregulated leverage in the shadow banking system of investment firms become? How could it unravel impact markets? Or maybe it will be illiquidity as the next duck tumbles and no one is prepared to buy?

Today won’t be much fun for anxious central bankers.

It’s not going to be much fun for the politicians either as they look realise just how vulnerable the West is to a new economic shock, even as we’re still being floored by the self-inflicted economic harm of the Pandemic.

Western Economies are dependent on long exterior global supply chains to fuel demand for more and more consumer goods. We’ve become comfortable to click and deliver being satisfied from China. Stuck in lockdown we’ve heard disembodied voices warning of economic catastrophe, but we’ve been cocooned from the economic reality, relying on governments assurances they can prop up the Covid ravaged economy with subsidy and furloughs. Destabilise our supply lines, and the threat is a run on everything – potentially making last year’s pandemic panic look tame.

Meanwhile, dissent is all the rage across the west, whether it’s the right-wing complaining about their civil liberties, smaller nations demanding independence, or gender and race issues coming to the fore and exposing the inequality and division of society. All of these divisions are fed on a rich oxygen-mix of social media, and targeted with fake news aiming to deepen division. Everyone has a cause, and everyone believes what they want to, but nobody listens. Western society has never been this unstable, polarised and disunited.

Chalk up another win to China.

China’s leaders are satisfied. Their position is secure. China’s economy is exposed to supply chains, but is based on interior lines (and pretty much brand new infrastructure) – better able to weather and internalise a global trade-storm. Its’ society is homogenous and willing to buy the greater prosperity/state control trade off. National pride hasn’t been compromised by the pernicious effects of Wokery.

The economy of the West is bought into the promises of technological change and addressing the environment. Markets are soaring on the back of expectations of increased technological adoption, with a few successes spurring thousands of highly speculative copycats – witness the insane boom in SPACs. But the reality is economies have become increasingly bureaucratic, stultified by regulation, and held back by political gridlock and polarisation. Infrastructure is old and tired. Key skills and capacities have been lost.

Let me present a tiny example – speciality steels. Without speciality steels for the fine work of tech, the economy will ultimately wither and die. We are now entirely beholden to external steel. The UK government put plans to restore mining the key element of steel in the UK on hold. Without metallurgical coal – you can’t make steel. Fact. The UK prefers its steel to be made in China with Australian met. coal so it can say it’s tough on cutting carbon. The facts are simple – make the steel here, less carbon miles and more high quality jobs.. Or…

But, the risks are not just in terms of physical supply chains. The digital economy is even more important and potentially even less protected. We’ve largely remained unaware of just how vulnerable we are. The cyber-attacks on SolarWinds last year may reveal the Trojan Horse is already in the city.

The degree of interconnectedness in the global economy is extraordinary. All the major financial institutions used SolarWinds’ Orion platform. The hackers got into SolarWinds and were able to install malicious code into software updates, accessing thousands of clients’ confidential information. We still have no idea how deep the hack goes. Increasingly companies release its not a matter of understanding their own vulnerability, but the vulnerability of all their suppliers, and hence, the whole digital supply chain.

So… what happens next?

Do the Chinese explode a couple of massive nuclear missiles in space to take down global positioning, communications and spy satellites with an EMP pulse, alongside a simultaneous cyber-attack to crash the Western Financial System, plunging us into limbo? How would Central Banks cope with the resultant market meltdown? What would happen if even a small part of the global payments system crashed?

Sometimes it easier to not over think it.. and just hope it was just coincidence… hope is never a strategy.

Did The Biggest Recent Buyer Of Bitcoin Just Become A Forced-Seller?