The CEO of credit-card processing company Gravity Payments, Dan Price, has not only cut his own pay by $1 million and raised his employees minimum salary to $70,000 per year, but he’s also blowing the whistle on “charitable” giving by billionaires.

Billionaire philanthropy is “one of capitalism’s biggest PR scams”, Price proclaimed, according to the Daily Mail. He noted that the average billionaire donates only 1% of their worth to charity each year. Another estimate from Giving USA has put that number closer to 2%.

One of capitalism’s biggest PR scams is the “philanthropist.”

The average billionaire donates 1% of their fortune to charity yearly – less than non-billionaires. But when you donate $200 you don’t get glowing articles, a hospital named after you and a massive tax write off.

His comments come in the midst of supporting a bill that would increase taxes on wealthy business owners like him. HB 1406 proposes a net worth tax that would apply a 1% levy to anyone with a net worth over $1 billion. Price thinks the bill could help the state’s budget shortfalls and correct a broken tax system where low income households pay too much.

Charitable giving “helps them avoid having to face steeper bills,” 36 year old Price said. Price became a millionaire at the age of 31.

“The average billionaire donates 1% of their fortune to charity yearly – less than non-billionaires. But when you donate $200 you don’t get glowing articles, a hospital named after you and a massive tax write off,” Price wrote on Twitter this week.

“In reality, the amount they donate is a fraction of what they would pay if their tax rates were in line with the working class,” Price said. 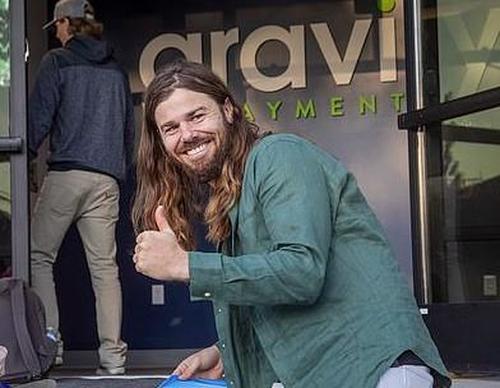 He also shares a link to an article showing the top charitable contributions of 2020. The name at the top of that list was Amazon founder Jeff Bezos, but alas, his “increase in donations did not correspond with his increase in wealth,” the Daily Mail reported. Bezos’ net worth is now approaching $200 billion and the new proposed tax could cost him $2 billion per year.

In 2020, he pledged $10 billion to the Bezos Earth Fund – his fund to combat climate change. He also donated $100 million to Feeding America.

Price become a celebrity in 2015 when he announced that he was raising the minimum wage at his Seattle headquarters to $70,000 per year and taking a nearly million dollar pay cut so that his salary could match his staff’s.

Lockdowns Were a Disaster, but They May Have Rekindled Americans’ Entrepreneurial Spirit