Bitcoin ATMs Are Landing At Gas Stations, Delis And Convenience Stores Near You

The trend of Bitcoin ATMs has already started in some delis and gas stations in places like Montana, the Carolinas and New York City.

Companies like CoinFlip and Coin Cloud have installed “thousands” of the ATMs across the country, according to Reuters. Coin Cloud has 1,470 machines around the United States and is aiming for 10,000 by the end of 2021.

There’s currently 28,185 bitcoin ATMs in the United States. About 10,000 of those have popped up over the last 5 months, the report notes. Some people use the ATMs because they sometimes feel more comfortable interacting with a physical machine, while others do it for anonymity purposes. Fees can range from 6% up to 20% of a total transaction.

There’s now Bitcoin ATMs in every state except Alaska. 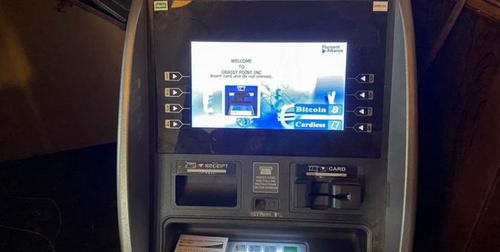 51 year old Pittsburgh resident Rebecca White said: “When we do our grocery shopping and we have $60 left, I will stop at the bitcoin ATM.”

Pamela Clegg, director of financial investigations and education at cryptocurrency compliance firm CipherTrace, said: “The growth of the ATM market – it is not even a gentle increase, it is almost a 45% increase. The growth is quite astonishing.”

But regulators have been watching the pop-up of the machines closely. The New Jersey State Commission of Investigation, for example, recently published a report called “Scams, Suspicious Transactions and Questionable Practices at Cryptocurrency Kiosks.”

Coin Cloud CEO Chris McAlary said: “We expected the worst as Covid hit, but stimulus payments came out and that helped quite a bit. Some people took stimulus and bought digital currency with it.”

CoinFlip CEO Daniel Polotsky said: “There are people who don’t have bank accounts or don’t like to use them.”

Bitcoin Depot, from Atlanta, has also grown its number of ATMs from 500 to more than 1,800 in the past year. Customers are mostly “25-40 years old”. General Bytes, a Bitcoin ATM manufacturer, said that demand “soared” and the company ran out of stock last year.

They sold 3,000 machines last year. 90% of those machines went to North America, the report says.

House Republican Chair Liz Cheney: “There Has Never Been a Greater Betrayal by a President – I Will Vote to Impeach President”